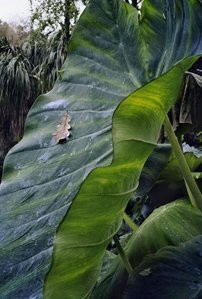 Marian Goodman Gallery is delighted to announce a solo presentation by Lothar Baumgarten which will include a multi projection piece Fragmento Brazil (1977-2005), a phonic work Matteawan / Fishkill Creek (2004-2008), and recent photographic works (2003-2008) which will be on view from October 21st through November 20th, 2008. Please note that our opening reception will be on Friday, October 24th, 6-8 pm.
'Fragmento Brasil' (1977-2005), a synchronized multi-projection piece without sound, is comprised of paired sequences of over 500 images from three sources: details from Albert Eckhout's mid-17th century paintings of Brazilian birds set in idealized landscapes of European provenance; the abstract drawings of Yãnomãmi people from Venezuela and Brazil, 1978-80; and in conjunction, black & white landscape photographs of the Rio Caroni, Rio Uraricuera and Rio Branco regions in Venezuela and Brazil taken by the artist on a five-month walk in 1977. "The painted European vision of Brazilian birds opposes the exploring native hand. The configurations of both lines and concept overlay another. Through this binary stratum they talk back to us about the diversity of two multiple shaped worlds. This strand combines the ever-changing intervals of the projected images and forms its osmosis and parcours. Within the projection space of these 'landscapes' the early sculptural piece ' Origin of Table Manners' (1971) will play its part. The abstract drawings and watercolors of the Yãnomãmi people represent the animistic cosmos of a non-writing society. In their abstraction they often match the plumage pattern of the birds. This species are also game and find regular use in the native kitchen. People adorn themselves with their feathers or use those patterns of the plumage for body painting or to adorn their goods. This exceptional and intriguing circumstance and stunning quality became the material source to develop this piece. The drawings of the Yãnomãmi, who hadn't experienced a sheet of paper before they drew on it, are extraordinarily sensual through their spiritual truth and technical skills. These markings were animated and collected by my self during a time frame of eighteen months while I lived among the people of Kashorawë-theri in the Upper Orinoco region in 1978-1980. " -- LB
'Matteawan / Fishkill Creek' (2004-2008) is an audio work, a 'phonic image' of eighty minutes in length. The recorded sound source provides an expansive sense of site and is transformed through its observation and abstract structure into a phonic sculpture. "The symphonic characteristics of the surround sound recording culminates in the intensity of its movement phrases and its unexpected dramatic developments. In cyclical succession the movements follow one another and structure their interrelation and are lead by acoustic regularities which create their atmosphere through melodics and tonality. They are 'orchestral works' which reinvent through their symphonic intonations and tone language the phonic reality of a site. They contain the immense power of imagination which reveals itself only after the experience of listening. Rhythm and intervals overlying one another lead to a more dimensional and constant chromatic unison of a choir, which delivers the events through their permanent intensification." - LB
Initiated by Diane Shamash of Minetta Brook, N.Y. as a public project in 2002, the sound source was recorded at the east bank of the Hudson River in the woods and swamps on the peninsula Denning Point, N.Y. Seven sites were chosen to be marked by an equivalence of seven sculptural circular structures, one ring at each site varying in diameter and to be manufactured in concrete. Mirroring the location of the recorded habitat, the circles mark the locations at which an observer could experience the circumstances of the recorded sound through the seasons.
"It is the experience of the phonic drama in an urban landscape in which one becomes aware of the ongoing shift and coexistence of culture and nature." - LB
An extensive survey of the setting and botany of the Serralves Park in Porto is present through seven c-prints which make up 'Concordance' (2003-2006), a third part of the exhibition, and will be on view in the North Gallery Viewing Room.
Lothar Baumgarten's well-known body of work has included ephemeral sculptures, photographic work, slide projection pieces, 16 mm film works, recordings, drawings, prints, books, short stories, as well as site-specific works and wall drawings and architecture related interventions.
In this three-part presentation the artist draws on the importance of space and memory, rhythm and interval, conjuring on the one hand, an evocative world of sound to call to mind a personal inner image of place, and on the other a silent reflection on image to create an ethnographic view of time and space.
Recent solo exhibitions of Lothar Baumgarten's include the recent Autofocus Retina at Museu d'Art Contemporani de Barcelona (MACBA), 2008; Museum Kurhaus, Kleve, Germany (2006); Dallas Museum of Art, Texas, 2004; Reykjavik Art Museum, Reykjavik, Iceland, 2004; Whitney Museum of American Art, New York; 2003; De Pont, Tilburg, The Netherlands, 2002; Hamburger Kunsthalle, Hamburg; Palazzo Querini Stamalia, Venice; and Museu Serralves, Porto, all 2001.
Currently on view is 'Un coup de Dès' at the Generali Foundation, Vienna Austria; 'Objectivites: la photographie à Düsseldorf , Musee d'art moderne de la ville de Paris/ARC, Paris; and 'Universal Archive: The Condition of the Document and the Modern Photographic Utopia' , MACBA, Barcelona. Recent group exhibitions include 'Hidden in Plain Sight: Contemporary Photographs from the Collection of the Metropolitan Museum of Art', New York; 'Edit! Photography and Film in the Ellipse Collection', Portugal (2007) ; 'Slide Show' , The Baltimore Museum of Art; 'An Aside', Camden Arts Centre, London; The Fruitmarket Gallery, Edinburgh; The Glyn Vivian Art Gallery, Swansea, England (2005); 'Animaux', Seedamm Kulturzentrum, Pfaffikon, Schweiz; 'Behind the Facts, Interfunktionen 1968-1975', Joan Miro Foundation, Barcelona; Museum Serralves, Porto; Kunsthalle, Fridericianum, Kassel.
Baumgarten is the recipient of the Lichtwark Prize, City of Hamburg 1997; The Golden Lion, First Prize of The Venice Biennale, Venice, 1984; the Prize of the State of Nordrhein-Westfalen, 1976; and the Prize of the City of Düsseldorf, 1974.
Please join us at the opening reception on Friday, October 24th, from 6-8 pm.
For further information, please contact the gallery at : 212 977 7160. Gallery hours are Monday through Saturday, 10-6 p.m.
www.mariangoodman.com