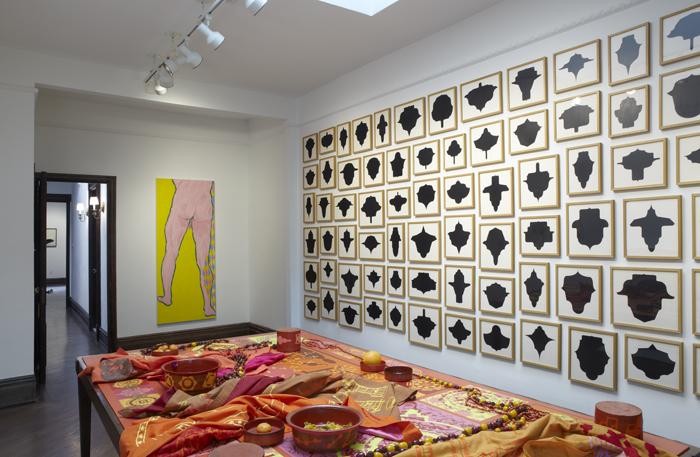 In 1986 David Robbins produced Talent, a photowork comprised of eighteen black-and-white headshots. He invited a coterie of artist friends associated with Gallery Nature Morte and early Metro Pictures to have their portrait taken on 46th Street by a studio photographer, James Kriegsmann. Twenty-five years later, Michelle Grabner brings them back together.

Unmoored from its ever-alluring 80s context, Talent and the collection of work constituting 25 Years of Talent, proposes a significant line of questioning today: What does talent look like now? How have signs of production and exchange evolved over the past twenty-five years? Why is commercial success always the first frame we employ to assess the individual artists included in Talent? How is authorship, the artistic persona, and the contemporary imagination shaped in a social field of connectivity? How has that field changed over time? Or has it?

There is no better way to forward these questions than to convene an exhibition of recent work by Talent’s artists. With the exception of Gretchen Bender (1951 - 2004) and Steven Parrino (1958 - 2005), who are represented with older pieces, fifteen of Talent’s artists are featured with examples of new art works. In some cases the work reveals striking conceptual and material departures from 1986. For other artists, systems of ideas have remained fixed for the past quarter century. Robin Weglinski, the only artist in Talent to leave behind art making, is represented in the exhibition with a personal artifact, the thick length of braided hair that she sports in her Talent portrait. The townhouse provides the perfect time capsule in which to study these questions as well as our own modes of judgment and our collective art world’s apparatuses for success.