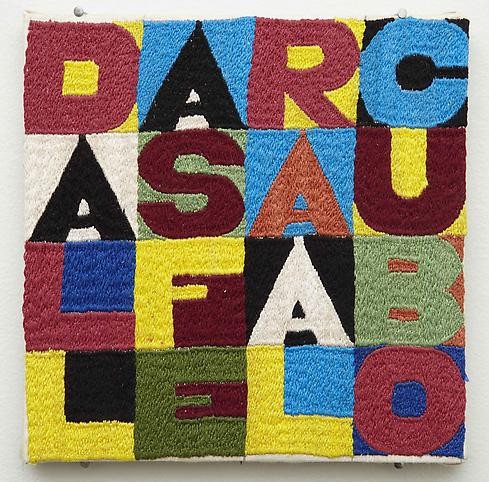 Marianne Boesky Gallery is pleased to present its first exhibition of the works of Alighiero Boetti using as its centerpiece the 1975 drawing “Tracce del racconto” (Tracing the story) to illustrate the artist’s studio practice from idea to object. The loosely drawn pencil and ink work on paper appears almost as a scroll, extending more than 12 feet, mapping Boetti’s systematic constructions. Fresh from the critical success of his recent solo exhibition “Inanimate Life” at our Chelsea gallery, artist Jay Heikes engages in a contemporary dialogue with Boetti.

“It’s all about knowing the rules of the game. Those who don’t know the rules will never recognize the order that governs things.... I am of the opinion that each thing also contains its opposite.” Boetti’s practice was governed by his own systems wherein rules extend to not only his visual vocabulary, but to his name, incorporating himself, as artist, in his studio practice. With the addition of “e” (and) between his first and last names in 1967 the artist became “Alighiero e Boetti,” exploring dualism within identity.

But beyond individual expression, Boetti sought to create conceptual riddles that unravel questions of humanity, society, nature and the world. Singularity and multiplicity, repetition and variation, order and disorder, alternating and dividing, etc., the artist used time itself as a medium to paraphrase principals of nature and mathematics. The placement and order of stamps on a letter could begin as a puzzle or mathematical exercise in permutation, but would end as an aesthetic creation. Likewise the ballpoint and embroidery works were conceptually Boetti, but produced by others within his rules or more accurately the rules the artist already saw existing in nature. “The ballpoint drawings are concentrated time” and concurrently pure gesture. Perhaps the most apposite statement about Boetti comes from the artist’s own woven text – concisely stated “Un’idea Brillante” (A Brilliant Idea).

Counted among Jay Heikes’s myriad influences are the artists of the Arte Povera movement. Through his own systems and repetition Heikes seeks to create an individual language that purges itself of past influences, the work itself documenting the artist’s struggle. The video “Kill Yr Idols part III” obliquely references artists (musical and visual) idolized by Heikes. Its slow reveal meditatively transports the viewer beyond the screen to commune with time itself in a ritualistic shedding of influence. The recent bronze and iron sculpture “Generational Anxiety” with its infinity form further sustains this exorcism, embodying the artist’s fear of endlessly repeating oneself or an inescapable sphere of influence. Through this discrete selection of works, along with the multi-panel burlap installation “In the Belly of a Great White,” Heikes confronts the idol in the next room.
www.marianneboeskygallery.com