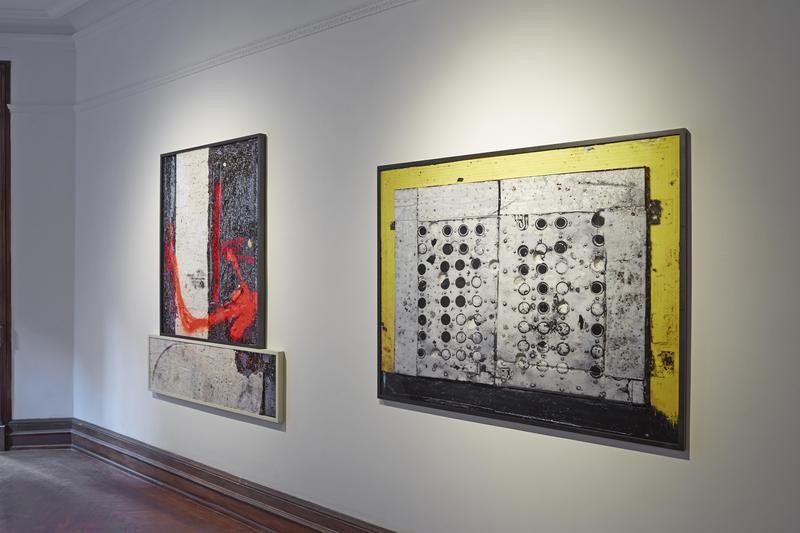 As an adjective, “crunchy” typically connotes a hard texture and/or a crisp, loud sound when something is bitten, or chewed. “Soggy,” “crunchy’s” antonym, connotes wet, usually soft, and heavily dull. According to the late economic journalist, Nico Colchester, "Crunchy systems are those in which small changes have big effects leaving those affected by them in no doubt whether they are up or down, rich or broke, winning or losing, dead or alive... (while) Sogginess is comfortable uncertainty."[1]

For this show, the organizers, – Clayton Press and Gregory Linn, – relied upon Colchester’s concept of “crunchiness” as a point of departure to challenge common expectations about how paintings are made and what they convey. Crunchy brings together a group of artists who challenge the traditional treatment of a painting's surface. It is about the materiality of material. It is about physicality and presence that confronts or defies two-dimensional conventions. It is about an idea of “visual tactility” that changes how we look at things.

· Heather Cook hand paints cotton yarns before warping them on the loom, making panels that are sewn together to make almost optical paintings.

· Kathleen Jacobs wraps tree trunks with canvases, letting them age for many months before applying pigment that reveal near-mystical landscapes.