Invitation to a Beheading 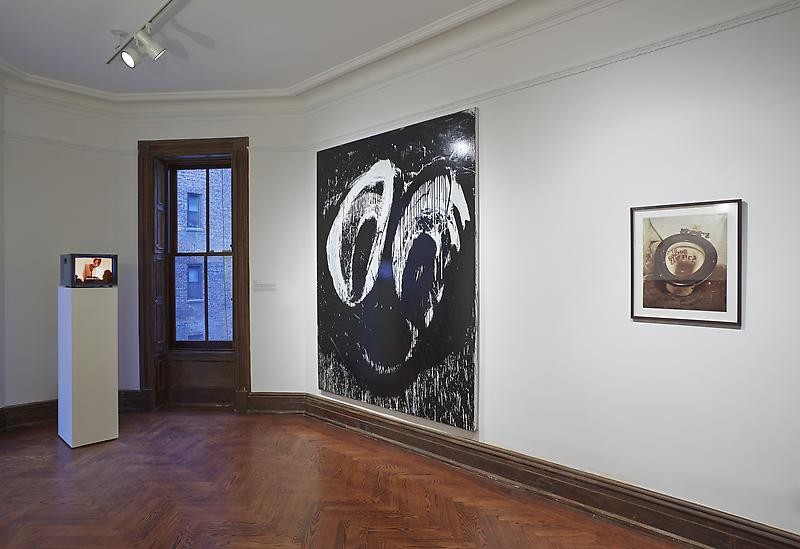 Marianne Boesky Gallery is pleased to present Invitation to a Beheading, a group exhibition curated by Rachel Howard, featuring works by Fiona Banner, Eloise Fornieles, Sarah Lucas, and Joyce Pensato, in addition to works by Howard. Invitation to a Beheading will be on view from November 7, 2013 through December 20, 2013 in the gallery’s location at 118 East 64th Street.

Invitation to a Beheading, Vladimir Nabokov’s 1935 novel and the inspiration for this exhibition, presents the bizarre tale of Cincinnatus C., who awaits the day of his execution for the crime of “gnostical turpitude,” a euphemistic term that refers to the opacity of his character in a world that values the transparency of its citizens. Physically confined to the panopticon of his cell, Cincinnatus spends his last days wandering freely through the cerebral realm of his inner world. The date of his ultimate demise unknown, Cincinnatus struggles to comprehend the amorphous depths of his own subjective self, and is challenged by the task of translating this interior life into an exterior form; unable to express himself, he is further incarcerated within the walls of language itself. Prostrate on the scaffold, counting the final moments before the swing of the axe, Cincinnatus escapes his depraved earthly conditions through the sheer power of his own mind:

“...one Cincinnatus was counting, but the other Cincinnatus had already stopped heeding the unnecessary count which was fading away in the distance; and, with a clarity he had never experienced before...he reflected: why am I here? Why am I lying like this? And having asked himself these simple questions, he answered them by getting up and looking around.”

An illustration of the individual within society, Cincinnatus’s plight exemplifies the tension between the self and the other, between the transcendental potential of the human spirit and the abject reality of the human condition. Importantly, the author’s literary presentation of this dilemma - littered with wordplay and spiked with humor - turns the gravity at the heart of the matter into an uncanny rendition of humanity’s tragicomic reality. The works in this exhibition come together to illustrate this existential quandary à la Nabokov - the absurd struggle to be understood, and to understand, in an irrational world.

Fiona Banner explores the problems and possibilities of verbal language, emphasizing the space between its semiotic value and cultural relevance. Through her imprint, The Vanity Press, she has recently produced a number of one-off publications; these unique prints and sculptures are registered with their own recognized International Standard Book Numbers, or ISBNs, yet are editions in and only of themselves. Eloise Fornieles will present her month-long performance in the gallery, repeatedly buttoning and unbuttoning her white collared shirt within the setting of a site-specific installation, an action analogous to the repetitive theatrics of daily life. The simplicity of this action belies its larger endeavor – the fraught contemporary relationship between gender and labor. At the conclusion of the performance, her shirt will be left in her place, an ephemeral shroud. Rachel Howard’s rich paintings, multilayered abstractions rife with suggestive forms and colors, quietly allude to inner dramas that appear at once familiar and strange, like distant memories. Sarah Lucas’s abject humor and autobiographical subject matter elevates the profane and mundane in a carnivalesque affront to social and aesthetic expectations. Finally, Joyce Pensato’s cartoonish faces, enlarged to grotesque proportions and rendered in violently gestural strokes, humorously suggest the threat that lurks just beneath a calm surface.

Nabokov’s novel indeed portrays a general vision of the individual in society, however Cincinnatus’s case can also be read as an allegory of the artist who strives to express as a means of communicating and thus combatting existential realities, but who is confronted by the inherent difficulty of this instinctive drive. Taken as such, Invitation to a Beheading, both the literary work and this exhibition, harbor the belief that the ongoing pursuit of this very task, regardless of its challenges, will ultimately present its own salvation:

“...and amidst the dust, and the falling things, and the flapping scenery, Cincinnatus made his way in that direction where, to judge by the voices, stood beings akin to him.”
www.marianneboeskygallery.com