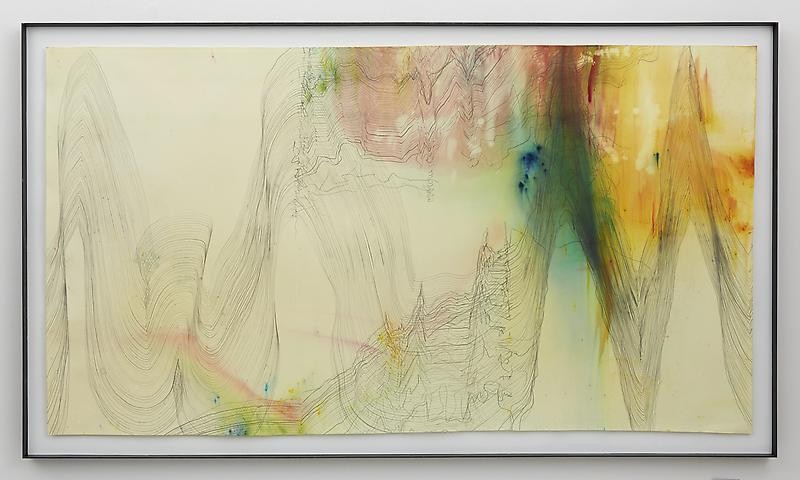 Marianne Boesky Gallery is pleased to present Walkabout, an exhibition of new works by Jay Heikes. This is the artist’s third solo exhibition with the gallery. Walkabout will be on view from October 24 through November 30, 2013.

Jay Heikes: Walkabout comprises works across a variety of media that explore the notion of art creation as a transformative endeavor, physically and conceptually; a pursuit in which the perceived magic is ultimately bounded by the grounding effects of reality. For this exhibition, Heikes has taken as his point of departure the naive science and philosophical tradition of alchemy, a globally pervasive ancient practice which pursued a number of mutational goals such as concocting elixirs of youth and immortality as well as turning base metals into noble ones. Using this notion, Heikes’s endeavor is twofold; as he physically explores the power of creation through the very crafting of the art object, so he investigates the conceptual manifestations of this act, ultimately leading to a larger discussion pertaining to the essential meaning of art and its role in human life.

The works on view in Walkabout demonstrate Heikes’s eclectic and experimental studio practice. Mixing a range of uncommon materials - copper ore, steel, iron, bismuth, taconite, aluminum sulphate, wood, burlap, horse hair, among others - the artist has produced a varied body of work that physically reflects his alchemical preoccupation. Indeed, building up the textured surfaces of his ”cave paintings” Heikes achieves works that waiver liminally between the picture plane and three-dimensional form. With the peculiar objecthood of these works both denying and emphasizing their formal composition, they simultaneously appear as abstract paintings and sculptural palimpsests from another time. Heikes’s crafted tool-like sculptures are similarly uncanny, their semi-abstracted, suggestive forms alluding to mysterious talismanic purposes, at once familiar and foreign. Walkabout also includes photographic experiments on fabric. Here, Heikes returns to early photographic techniques to harness the material of light as a catalyst for chemical reactions. Finally, his latest series of drawings present melodic, astral graphite compositions on paper that have been subjected to formal and physical interventions such as bleaching and dying, again emphasizing the potent, tangible transformative power of the artist.

Heikes’s creative expedition inevitably arrives at the very limits of this power, as demonstrated by René Magritte’s cautionary semiotic surrealist statement, La Trahison des images (aka Ceci n’est pas une pipe) (1929), which posits the treachery of representation and the didactic, flawed potential of imagery. In the artist’s words: “My goal is not to turn a lesser metal into gold but to show that art is magic and realism is a naive melody worth humming along to.” In this way, Heikes’s new works serve the artist’s greater conceptual endeavor: an investigation of art as an inherently human practice which is at once transformative, limitless, and yet ultimately finite.

Jay Heikes was born in Princeton, NJ in 1975. He received his BFA from the University of Michigan at Ann Arbor, and completed his MFA at Yale University in 2005. Following his first solo presentation at Artists Space, New York in 2003, Heikes participated in a number of group exhibitions at venues such as the New Museum of Contemporary Art, New York (2003) and the Renaissance Society at the University of Chicago (2002 and 2005). In 2006, Heikes was included in the Whitney Biennial: Day for Night, curated by Chrissie Iles and Philippe Vergne. Since then, Heikes has been the subject of numerous domestic and international exhibitions, including shows at The Institute of Contemporary Art, Philadelphia (2007); Federica Schiavo Gallery, Rome (2011); and the Aspen Art Museum (2012). In 2007, Heikes had his first solo exhibition with Marianne Boesky Gallery, Jay Heikes: Like a Broken Record, followed by Jay Heikes: Inanimate Life (2010), and Generational Anxiety (with Alighiero Boetti) (2010), as well as Trieste (2012), a group exhibition organized by the artist. Most recently, Heikes was included in Painter, Painter at the Walker Art Center, Minneapolis (through October 27, 2013). Jay Heikes lives and works in Minneapolis.
www.marianneboeskygallery.com