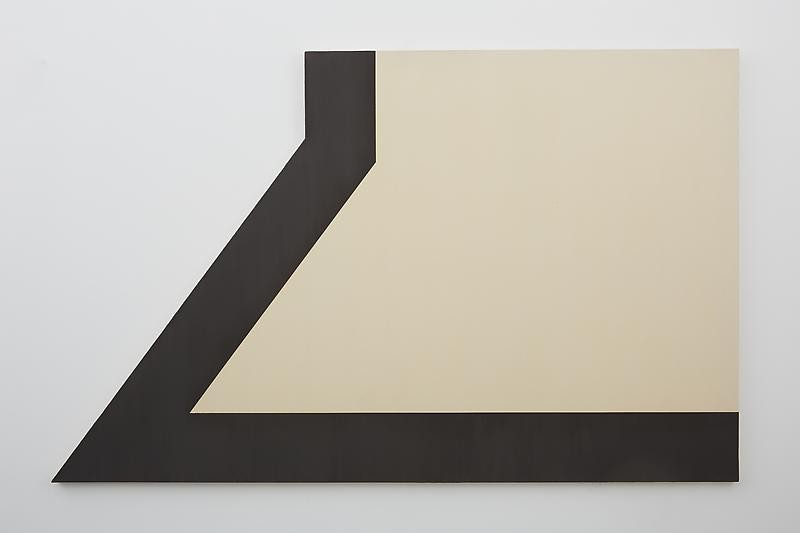 Marianne Boesky Gallery is pleased to present Ted Stamm: Paintings, a survey of works from 1973 to 1981 by the late New York-based painter. This is the second exhibition of the artist’s work at the gallery.

Prior to Stamm’s unexpected death in 1984 at the age of 40, the artist created a substantial, mature body of work that was at once responsive to the past, reflective of his time, and telling of the future. Stamm’s practice was dedicated to complicating a Minimalist vocabulary with elongations suggestive of speed and the appearances of movement.

In 1973, Stamm began making conceptually driven work based on chance systems - rolling dice or spinning a roulette wheel. The results would determine the execution of a specific work, including each painting’s color, forms and numbers of paint layers. Friends who assisted by rolling the die were memorialized in Stamm’s titles, such as Kiffman’s Roll and Olivia’s Roll. Soon after in 1974, Stamm began making shaped stretchers for his paintings, finding inspiration in his immediate surroundings. The first of a handful of formats he developed reiterated a particular shape he had seen on Wooster Street near his home. Naming these particular paintings Woosters, Stamm continued to work with the shape throughout his career.

Increasingly fascinated by the concept of speed, the design of trains and airplanes as these technologies began to proliferate and improve, opening the world up to itself, Stamm began in the late seventies to develop the Zephyr and C-Dodger paintings. Aptly titled, the Zephyrs were named after the record-breaking train that traveled between Denver and Chicago in 1934. The “C” in C-Dodger is an abbreviation for the Concorde, referring to the supersonic airliner Stamm traveled to Kennedy airport to see. This body of work is represented in the exhibition by Zephyr ZYR-31.

Also included in the exhibition are examples of Stamm’s late works from the early 1980s, supporting the artist's statement describing the work as representing “no beginning and no end.” While Stamm developed painting strategies based on personal experiences, certain elements and series can be seen repeating themselves. Rather than approach these reductive works as carbon copies, though, Stamm is seen recycling and then adding important nuances exemplified in works such as ZCT-001.

Marianne Boesky Gallery is located at 509 West 24th Street, between 10th and 11th Avenues. Our hours are Tuesday to Saturday from 10am to 6pm. For further information or images, please contact Ricky Manne at 212.680.9889 or ricky@marianneboeskygallery.com.