The Nature Of Disappearance 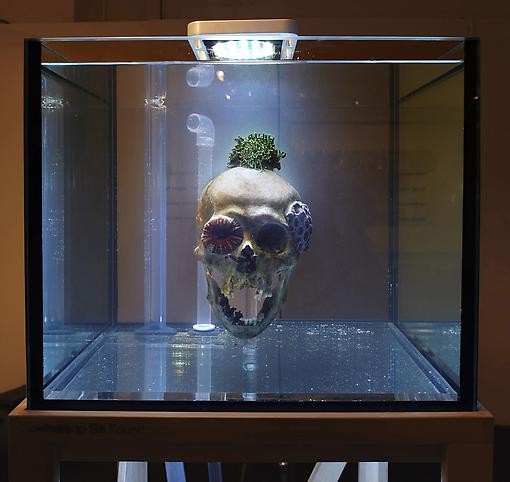 “The art of the future (which will disappear, like everything else): Imitate nature in an approximate way; imitate in particular nature’s way of creating!”
– August Strindberg, 1894

On the 100th anniversary of the death of the famous Swedish artist August Strindberg, “The Nature of Disappearance” takes as the exhibition’s point of departure Strindberg’s radical view of art, which he first expressed in his article Du hasard dans la production artistique (“New Forms of Art! Or Chance in Artistic Creation”), November 1894. Strindberg’s paradigmatic rejection of the complete control that the artist could exercise through skill and virtuosity triggered a new chapter in art history.

Strindberg’s radical creative experiments and his introduction of the apparently unintentional influenced the famous Norwegian printmaker and painter Edvard Munch. Like the Swedish artist, Munch integrated the elements of chance and accident into his artistic practice through his legendary “kill or cure” treatment. In his work, he did not just mimic the way nature created but rather, he actually let nature create. “Just wait until it has been exposed to a couple of showers, been gashed a little by some sharp nails and so forth, and then been carted around the world in all sorts of miserable, leaking boxes.... Oh yes, in due course I think this could be good! ... It only needs a few flaws in order to become really good ....” In Munch’s oeuvre, mildew stains, pronounced water and rust marks, bird droppings, as well as holes and cracks, serve as physical traces of time, as part of the various things that have happened to the painting. The intentionally initiated process of decay becomes part of the work’s aesthetic, and the work becomes the visual expression of transience itself. The natural process partly progresses toward the painting’s total destruction, through which Munch identifies the ephemeral and the fleeting as a deliberate part of his artistic creative process. Even contemporaries of Munch, such as James Abbott McNeill Whistler, the American Impressionist John Henry Twachtman, and the Russian avant-gardist Vladimir Burliuk, also exposed their works to the elements and allowed nature to work with them, albeit less dramatically and consequentially than Munch.

Thereby the exhibition explores the nature of disappearance, that is, the concept of the literal, physical loss of the artwork and in doing so further analyzes how artists who have come after Strindberg and Munch not only question the intactness of the object and the artwork but also literally allow nature to create the work and challenge material integrity, ultimately annihilating the art object. With Dada, and in particular with Marcel Duchamp, artists transgressed the classical borders of the work of art in that they no longer placed the production of the work in the foreground but rather constituted life itself as art. With the disappearance of the art object, art became not only an end, but also a means – a process for the artist. The artwork became assailable, vulnerable, and destructible. In the works of Yoko Ono, Joseph Beuys, Robert Smithson and Bas Jan Ader, the object is no longer a necessary condition for artistic creation. Similar to Munch, artists such as Gustav Metzger, Dieter Roth and Mathias Kessler allow the “kill or cure treatment” of natural forces to create, relying on the natural processes of decay, disintegration, and transformation, while Félix González-Torres leaves the physical dissolution of his work to the public.

Thus, “The Nature of Disappearance” presents different artistic views of this theme and refers, on the one hand, to its fundamental importance in contemporary art of the 21st century and, on the other hand, to the roots of this radical artistic concept.

The exhibition will run from June 28 through August 10, 2012 at the gallery’s two locations - 118 East 64th Street and 509 West 24th Street. The curator of the exhibition is the international Munch expert and art historian Dr. Dieter Buchhart. Our summer hours are Monday to Friday from 10 am to 6 pm. For further information or images, please contact Serra Pradhan at 212.680.9889 or serra@marianneboeskygallery.com.