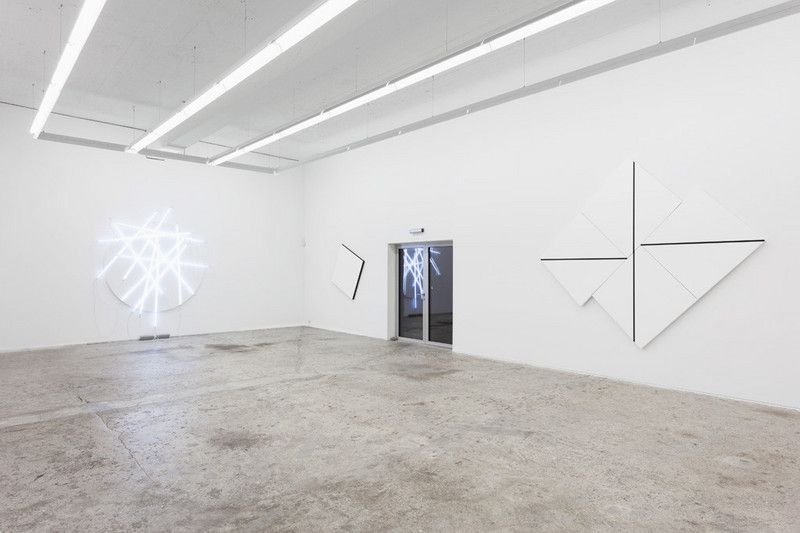 François Morellet was born in Cholet, France in 1926 and grew up the son of parents interested in literature and art. At around age 20, he taught himself to paint. He worked in his parents’ toy factory until 1975, but then was able to concentrate on his artwork. Under the influence of artists like Max Bill (1908–1994) and Piet Mondrian (1872–1944), in the course of the 1950s he turned increasingly to geometric abstraction. Everything figurative, but also the abstract disappeared from his painting, and in place of both came an non-figurative geometrical formal language based on systematic concepts and arithmetic rules. Today, Morellet is considered one of the most important representatives of concrete art, although in his home country he has only been considered a leading artist in recent years. His art was warmly received in German and Switzerland, and met with a great response among the concrete artists of the second and third generation.

Morellet’s achievement is expanding the work of his predecessors by adding elements of movement, chance, and humor. Morellet was thus considered an outsider among the concretists, especially in the 1990s he broke repeatedly with his own minimalism. Now almost 90, Morellet still continues painting today. In his mature work, on view at exhibitions at Galerie Mark Müller and Gisèle Linder, the strict application of systematic rules is combined with titles that play with words and a didactic play with irony and chance.