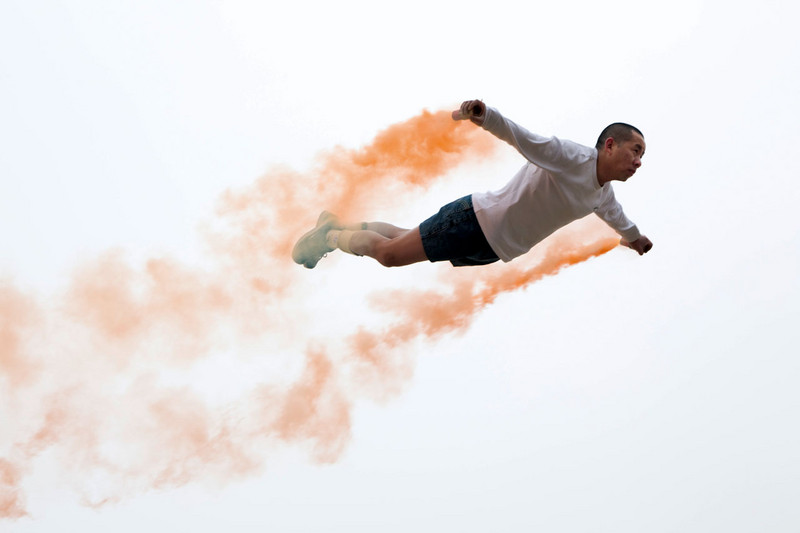 The magic carpet is a legendary carpet that can be used to transport humans instantaneously or quickly to any destination. In Persian mythology King Salomon had just such a magic craft. It became world famous through the stories from “One Thousand and One Nights” and still features not only in fairy tales but also in many fantasy books and films. It combines the primeval human dream of flying with the almighty view from above and the silent agility of the spy.

In a strange way, our modern-day drones continue to weave this spell. As remote-controlled flight robots they open up almost unlimited possibilities – for goods transport and the observation of hostile terrain, for new camera flights at dizzying heights or for unmanned military attacks. There is a clash here not only of picture worlds from East and West, but also of the magic of the fairy tales with the cynicism of an enlightened present, of fanciful dreams of conquering the heavens with crystal-clear photographs of the most hidden corners of the planet.