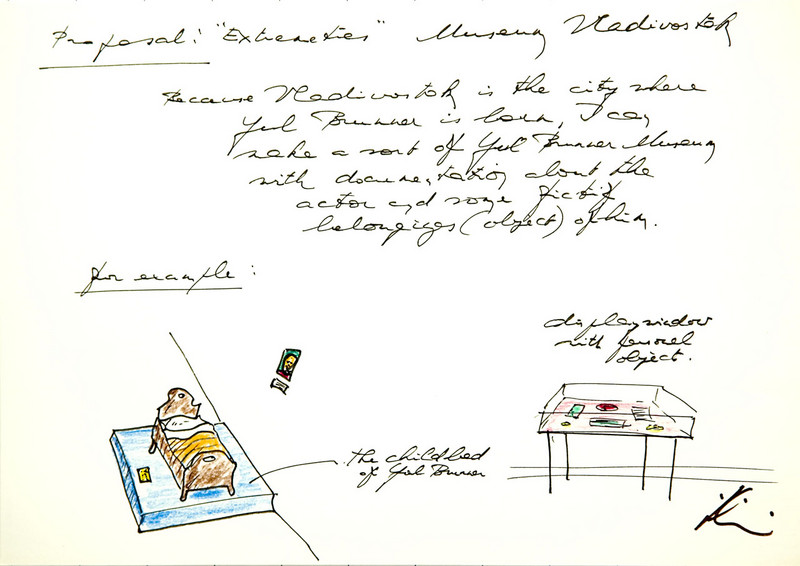 At the end of 2008 when Jan Hoet handed over the baton to his successor Roland Nachtigäller after seven years as founding director of Marta Herford, the staff of the museum organized a very special retirement gift:

41 artists who had accompanied his career each dedicated an individually designed A4 page to the Belgian exhibition maker. All of these works were handed over to Hoet in a large box on his departure. On the occasion of Marta’s 10th anniversary, these works by internationally known artists – which are now in the possession of the family – are being publicly shown for the first time – a unique contemporary document of friendship and veneration.