The hand of the brazilian people 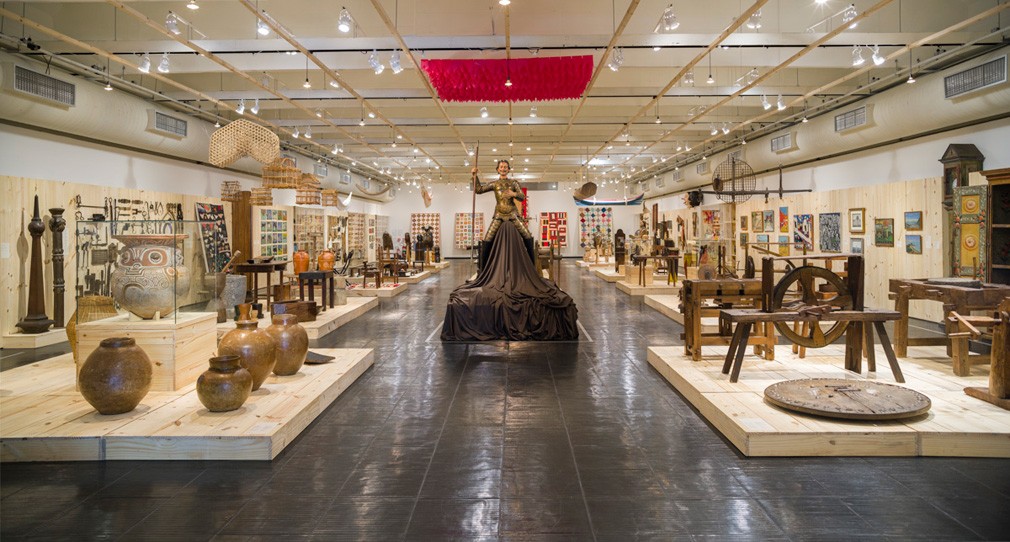 The Hand of the Brazilian People was the inaugural temporary exhibition at MASP on Avenida Paulista in 1969, presenting a vast panorama of the rich material culture of Brazil—around a thousand objects, including figureheads, votive figures, textiles, garments, furniture, tools, utensils, machinery, musical instruments, ornaments, toys, religious objects, paintings, and sculptures. Conceived by Lina Bo Bardi, with the director of the museum Pietro Maria Bardi, filmmaker Glauber Rocha, and theater director Martim Gonçalves, the exhibition was an unfolding of others organized by the architect of MASP in São Paulo (1959), Salvador (1963), and Rome (1965), the latter closed down upon orders of the Brazilian military government, prompting an article by architect Bruno Zevi entitled L’arte dei poveri fa paura ai generali.

To give value to a production frequently marginalized by the museum and art history, MASP, known for its collection of European masterpieces, engaged in a radical gesture of decolonization. To decolonize the museum meant to rethink it from a bottom-up perspective, presenting art as work. In this sense, a painting by Brazilian modernist Candido Portinari and a hoe were both considered work—a notion that transcended the distinctions between art, artifact, and craft.

In its new phase, MASP seeks to re-establish and deepen its relation to this production, taking as a point of departure the restaging of one of its most iconic exhibitions. The Hand of the Brazilian People is inscribed in a lineage of many other exhibitions at MASP (including the pioneering Popular Art from Pernambuco, in 1949); here, it is taken as an object of study and an exemplary precedent of a decolonizing museum practice.

Furthermore, it is an opportunity to present this production to the public, and to stimulate reflection and debate on its status in the context of the museum and art history, as well as on the contested notions of “popular art” and “popular culture.” The central question posed by the exhibition (and a possibly subversive one to the eyes of the generals of taste) is: in which way can the histories of art and culture in Brazil be reconstructed, recollected, and reconfigured beyond the mores, tastes, and protocols of the dominant classes? A perfect reconstruction of The Hand of the Brazilian People is impossible. We opted to follow the spirit of the original curatorial proposal, making some adjustments. We did not find a complete list of works, rather lists of collectors and museums, which we approached once again, gathering similar works and respecting object typologies. Likewise, its architecture follows that of 1969, but also with adaptions. We decided not to update the time frame of the exhibition—to our knowledge, the objects gathered here were made before 1970—yet have articulated dialogues around work and the popular with solo presentations of artists from different generations: Candido Portinari, Jonathas de Andrade, Lygia Pape, and Thiago Honório. Our interest here is to understand the significance of that inaugural and historical moment of the museum, in order to find new paths and strengthen the presence of the hand of the people at MASP.
masp.art.br