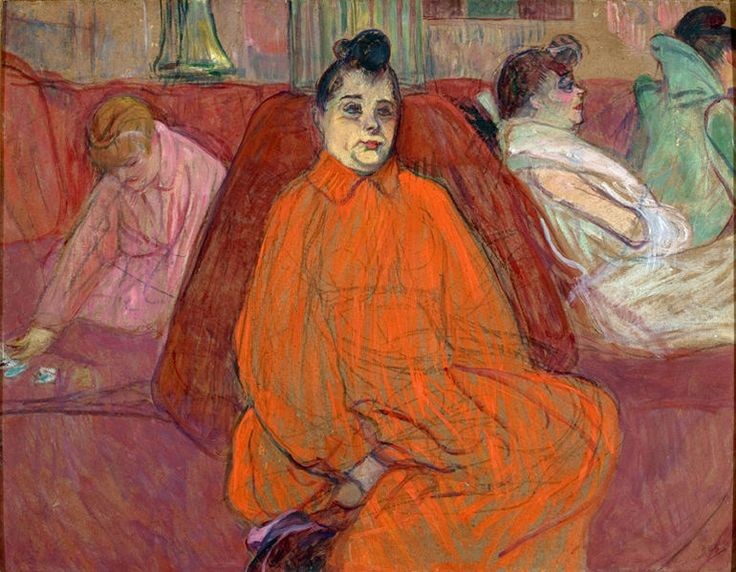 Henri de Toulouse-Lautrec (1864–1901) was one of the most important European artists of the turn of the 19th century to the 20th, a decisive moment for modern art as well as stage for various political, economic and social transformations that have marked life in the city until today. MASP is presenting the largest exhibition ever dedicated to the artist in Brazil, covering his entire production, spanning from the first years, in the 1880s, up to the end of his life, and featuring 75 artworks and 50 documents. Toulouse-Lautrec em vermelho [Toulouse-Lautrec in Red] alludes to the entrance hall of a luxurious Parisian maison close that the artist frequented in the 1890s and where he forged a relationship of friendship with the women who worked there. Extrapolating the interior scene of the red entrance hall, the exhibition brings a profusion of characters – members of the bourgeoisie, bohemians, workers, dancers and artists who lived in Paris and were part of Toulouse-Lautrec’s affective and artistic circle.

Toulouse-Lautrec em vermelho is divided into five sections. The first of them presents the world of the maison closes — “closed houses,” in French – and reveals the painter’s care and sympathy in relation to the women portrayed. The three central artworks are shown on a red panel, evoking the famous entrance hall of the maison La Fleur Blanche in Paris. The exhibition’s second section features other depictions of women – something that Toulouse-Lautrec dedicated special attention to, portraying washerwomen, studio models, women of the bourgeoisie and nobility, stressing or questioning their social role. The third segment is dedicated to male portraits. Unlike the case of the depictions of women, we know the names of all the men in Toulouse-Lautrec’s paintings included in the exhibition, an eloquent symptom of the discrimination between men and women and of the role that they each play in society, in history, and in visual culture. Finally, the fourth and fifth sections feature depictions of the night life, with its bars, restaurants, concert halls and cabarets that proliferated in Paris after the city began to be illuminated by electric lighting. Here we see various characters, such as the workers who frequented the Moulin de la Galette at night to try to forget their tough work days, the celebrated dancer Jane Avril (1868–1943) or the cabaret’s debauched owner Aristide Bruant (1851–1925), immortalized in large posters that announce his shows and profoundly marked the urban landscape. Toulouse-Lautrec em vermelho also presents a selection of 50 documents, including letters, notes, telegrams and photographs of the artist and his circle, which constitute a living memory of that time.

In a wider context of the histories of sexuality and the representations of gender, this Toulouse-Lautrec exhibition dialogues with the individual shows of Teresinha Soares, Wanda Pimentel, Miguel Rio Branco and Tracey Moffatt. It will later be related with the exhibitions by Pedro Correia de Araújo in August and the Guerrilla Girls in September and, in October, the group show Histórias da sexualidade [Histories of Sexuality].

Toulouse-Lautrec em vermelho is being held with the exclusive sponsorship of Pinheiro Neto Advogados, on the occasion of the firm’s 75th anniversary.
masp.art.br