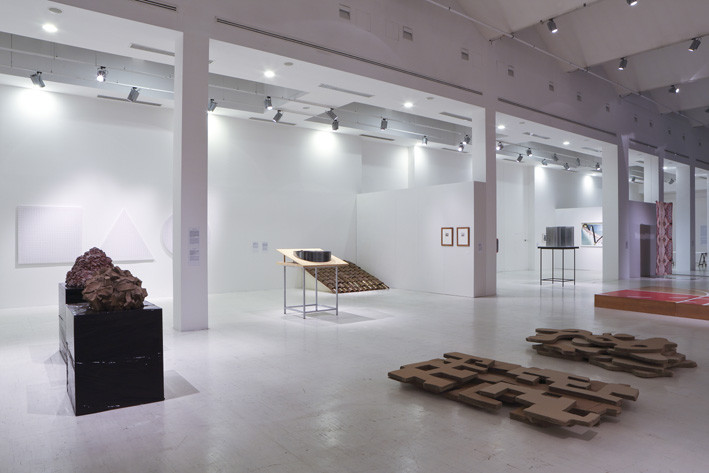 It is my pleasure to invite you to the exhibition that the Triennale di Milano – which I would like to thank for its extraordinary efforts – is dedicating to my gallery to mark its 40th year.

This exhibition was not conceived in chronological order, but rather jumps here and there in a series of flashbacks that I hope will give the sense of an activity that has been driven, influenced, and shaped by so many different forces. An apparently contradictory stance, championing Arte Povera, Minimalism, Conceptualism.
Then art popped its head up elsewhere and we followed wherever it appeared, trying to present shows by young talents, sometimes with success.
I worked at Flash Art for three years, from 1971 to 1973. Then along came a letter of dismissal: a letter from Giancarlo Politi that launched me out into the world and forced me to think, make decisions, and thus to open a gallery.
This show starts off with many documents that you’ll find in the catalogue as well (Quarantanni, a+mbookstore edizioni, Milan), with my portraits, with a section of postcards that I’ve received from artists (which I’ve gathered together in a small book also published by a+mbookstore) and with a letter from Giulio Paolini. For this occasion, Giulio sent me a uniquely Po'-etic missive, full of his gentle irony: an “Orientation Table”. To celebrate the 35th anniversary of our friendship, I collected our long correspondence, along with photos and invitations, and put together a double-sided poster that recounts this artistic fellowship, grounded in so many points of CON-SONANCE. A term I like because that CON unites, and the ending resonates...

And so in 2013, with this show, we’re celebrating the 40th anniversary of the gallery, just as in 2014, with Daniel Buren, we’ll celebrate the 40th anniversary of his first exhibition.
And for this big show at the Triennale, Buren has done a special project, “in situ”, as he says, along with others such as Robert Barry, Letizia Cariello, Eva Marisaldi, and Anish Kapoor.

Banco was the name of the gallery that we opened overnight in October 1974; I was out of work, but free to try my hand at something else, and that turned out to be a stroke of luck.
By then I had the contacts it took, so the gallery got into gear, in an incredibly reckless way, in just a few weeks.
The first season, tackled with enormous enthusiasm – Gastini, Chiari, Griffa, Camnitzer, Burgin, Zini, Aubertin – ended with the Piazza della Loggia bombing.
My partner Enrico threw in the towel at the end of the season, and I had to start all over, renting a new space. A huge room with pointed arches on Via Agostino Gallo, and beautiful shows by Salvo, Clemente, Buren, Cadere, Nannucci, Maestri, Arcelli and Comini, Stephen Willats, and Michele Zaza, then the hottest emerging artist of all.
The first few years were great but tough; at one point I lost hope, but here we are, still hard at work, after 40 years and 300 shows by Alberto Garutti, Peter Halley, Sol LeWitt, Ettore Spalletti, Bertrand Lavier, David Maljkovic, Jan De Cock, Didier Vermeiren, Ian Wilson, Dan Graham, Monica Bonvicini, Francesca Woodman, Paolo Gioli, Paul Thorel, Ugo Mulas, Niele Toroni, Ger van Elk, Hamish Fulton....