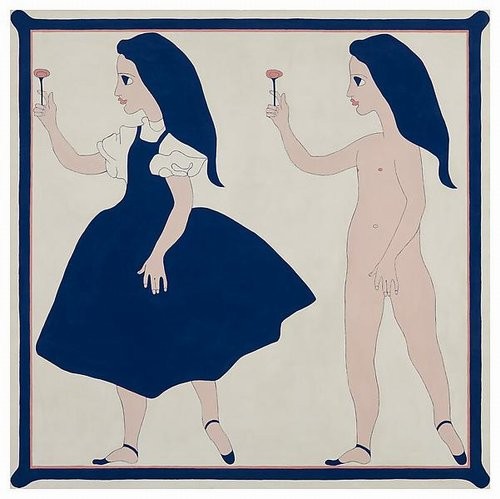 John Wesley and Jo Baer first met in Los Angeles in 1958. The following year, they moved in together, sharing a studio and soon marrying. In 1960, John, Jo, and her son Josh moved to New York, where they settled in a loft at 108 Fourth Avenue. They lived together until 1968, finally divorcing in 1971.

In California, both artists experimented with Abstract Expressionist painting. They abandoned this vestige of the 1950s when they moved east and discovered personal approaches to art making that put them at the forefront of the major art movements of the new decade—Wesley with Pop and Baer with Minimalism.

At first encounter, these artist's different approaches to painting do not appear to have much in common. When one realizes, however, that the works in this exhibition were made at the same time, and in the same studio, an unexpected visual affinity becomes apparent. The scale and surface of the canvases, the similar application of paint, the precise edges and borders, and the use of black in the compositions throughout their work, demonstrate that Jo Baer and John Wesley's shared life extended to their artistic practices.
www.matthewmarks.com