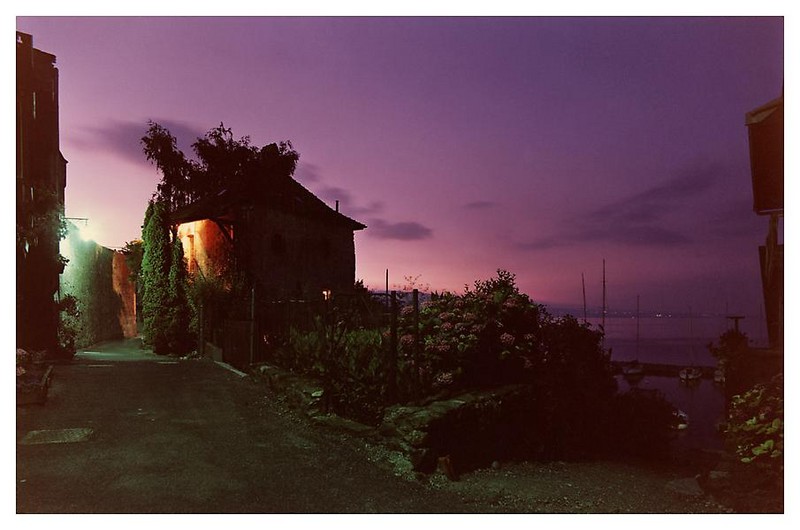 Matthew Marks is pleased to announce La Carte d'après Nature, an exhibition curated by Thomas Demand, in his gallery at 522 West 22nd Street.

The exhibition features three rarely seen paintings by René Magritte (two on loan from The Menil Collection, Houston). It takes its name from a journal published by Magritte between 1951 and 1965, in which he collected ideas from different times and places, relating them to one another by way of shared threads of thought. In the exhibition, Thomas Demand gathers works by artists whose concern with the natural world connects them across spatial and temporal distances to his starting point, which is Magritte’s work.

Thomas Demand has selected a wide variety of sculptures, photographs, and films for the exhibition, which will be installed in intimate spaces defined by labyrinthine walls based on a drawing by the artist Martin Boyce. Among the included works are 60 vintage color photographs by the Italian photographer Luigi Ghirri, early photographic works by August Kotzsch, sculptures by the young artists Saâdane Afif, Becky Beasley, and Kudjoe Affutu, an architectural model from Montreal’s Expo 67 designed by William Kissiloff, and a pair of Cubist “trees” made by Jan and Joël Martel for the 1925 Exposition International des Arts Decoratifs, as well as films by Tacita Dean, Ger van Elk, and Rodney Graham. The Swedish artist Henrik Håkansson has made a new sound work of birdsongs in Central Park for his contribution to the exhibition.

In borrowing Magritte’s title, Demand alludes to the earlier artist’s revolutionary approach to the meaning of representation, connecting Magritte’s Surrealism to what Demand describes as “domesticated nature...potted plants, gardens, theme parks and models of wild growth”—the symbolic representations of nature that can be found in cities around the world. “I believe that concepts, forms, and incidents can produce relationships among artists,” Demand explains. “Looking beyond historical categorizations in this way shows why similar thoughts may go through the mind of a photographer from Dresden in 1871...and that of a young sculptor from Ghana in 2010—and how these thoughts might change over the course of time.”

This exhibition is organized in conjunction with the Nouveau Musée National de Monaco, where it was originally presented last fall, and with the support of the René Magritte Foundation, Brussels.