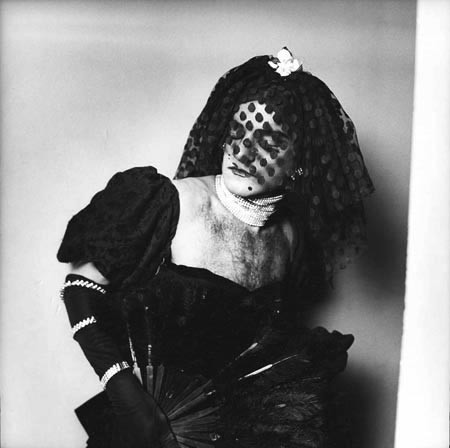 Matthew Marks is pleased to announce Peter Hujar: Second Avenue, the next exhibition in his gallery at 523 West 24th Street. The exhibition will include over forty photographs, many of which have never been exhibited before.
Hujar’s home and studio was located at 189 Second Avenue at the corner of East 12th Street. He lived and worked there between 1970 and his death in 1987. Symbolically, the East Village loft represented for Hujar his movement away from the “uptown” priorities of commercial photography—which he had been involved with since the early 1950s—and towards his own vision as an artist.
The studio on Second Avenue was where Hujar shot the majority of his many portraits of men, women, children and animals, and with a few exceptions, all of the work in this exhibition was taken there. His subjects were his intimates (like the artists David Wojnarowicz and Paul Thek), his well-known artist friends (like Andy Warhol, Ray Johnson, John Cage, and Ethyl Eichelberger), as well as people he met on the street. Included in the exhibition is a photograph Hujar made of a girl he found one night sleeping at the bottom of his stairs.
All of Hujar’s images display a distinct realism unseen in other photographers of the era. They eschew the fashion backdrop and pose for the recurring, bare, cracked wall of his Second Avenue studio. They focus on a beauty that comes with mortality which never verges towards the manipulative or grotesque. His work always reflects a unique empathy, whoever the subject might be.
Peter Hujar’s work was the subject of one-person exhibitions at P.S. 1 Contemporary Art Center, New York in 2005 and at the Institute of Contemporary Arts, London in 2007.
Peter Hujar: Second Avenue will remain on view through April 26th at 523 West 24th Street (between 10th & 11th Avenues). Hours: Tuesday through Saturday, 10:00 A.M. to 6:00 P.M. For further information, please contact the gallery at 212.243.0200.
www.matthewmarks.com