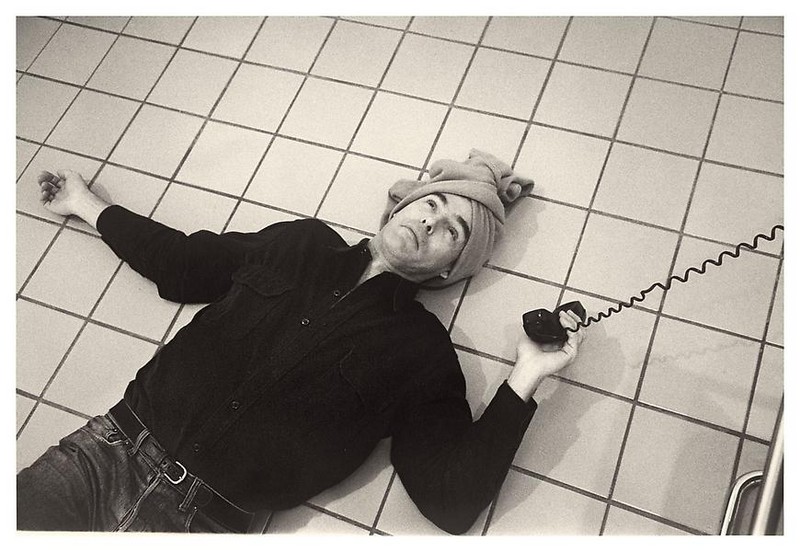 Matthew Marks is pleased to announce Three Lives: Peter Hujar, Paul Thek, & David Wojnarowicz, an exhibition of photographs by Peter Hujar (1934-1987). The exhibition, at 523 West 24th Street, includes 30 photographs made between 1958 and 1985.

Focusing on some of Hujar’s most intimate photographs: self-portraits and portraits of his lovers and fellow artists Paul Thek (1933-1988) and David Wojnarowicz (1954-1992), the exhibition includes many works that will be shown for the first time.

Hujar was a leading figure in New York’s downtown cultural scene in the 1970s and 80s. His life was defined by his friendships with other artists, writers, and musicians, and few people were closer to him than Paul Thek and David Wojnarowicz. The portraits he made of them attest to the intimate, complex, and productive nature of their relationships. All three artists were to die of AIDS within a few years of one another, and the highly emotional portraits he made of them are always beautiful, although rarely in a conventional way.

Thek and Hujar met in 1956 at the outset of their careers, and shared a relationship that was both romantic and intensely productive. They visited the catacombs in Palermo, Italy, together in 1963. The trip helped inspire Thek’s best-known sculptures, the Technological Reliquaries. Hujar’s photographs of the catacombs make up half the images for his seminal 1976 publication, Portraits in Life and Death, the only book of his work produced during his lifetime.

Hujar met David Wojnarowicz in 1980 and immediately became a source of profound influence and inspiration for the younger artist. They collaborated on numerous works and remained together until Hujar’s death in 1987. Wojnarowicz’s video A Fire in My Belly is a posthumous portrait of Hujar and will be on view at the Brooklyn Museum this fall in the exhibition Hide/Seek: Difference and Desire in American Portraiture.

Peter Hujar’s photographs are in the collections of The Metropolitan Museum of Art, The Museum of Modern Art, New York, the Art Institute of Chicago, and The San Francisco Museum of Modern Art, among many other museums. Exhibitions of his work have been held at the Grey Art Gallery, New York; the Stedelijk Museum, Amsterdam; the Fotomuseum, Winterthur; and the Institute of Contemporary Art, London, among others. Photographs by Hujar are currently on view in exhibitions at The Metropolitan Museum of Art and the Philadelphia Museum of Art.