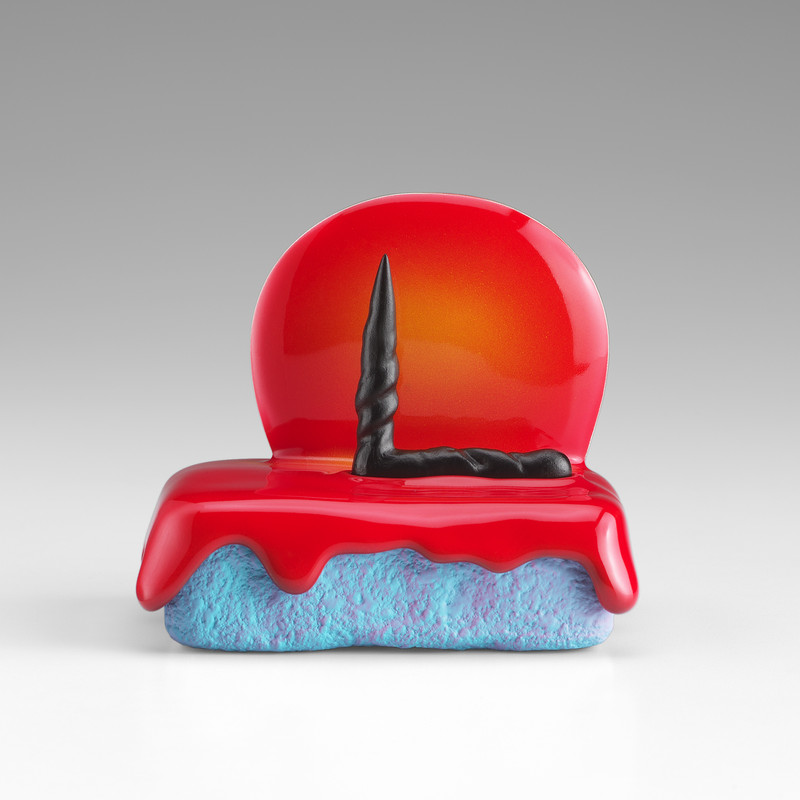 
Press Release
Matthew Marks is pleased to announce an exhibition of sculptures by Ron Nagle in his gallery at 522 West 22nd Street. Including thirty-five sculptures made between 1991 and 2015, as well as a selection of drawings, this is the largest exhibition of Nagle’s work ever organized in New York.

Nagle’s recent sculptures rarely measure larger than four by six inches. Their inventive shapes, vibrant colors, and contrasting textures make it clear why he cites not only Giorgio Morandi as an inspiration but also Philip Guston, Japanese Momoyama ceramics, and “Krazy Kat” cartoonist George Herriman. Produced using a variety of techniques, including slip-casting and hand-molding, in traditional and non-traditional materials, including glazed ceramic, Sculp-metal, polyurethane, and epoxy, Nagle’s works are displayed here in specially made niches and plate-glass vitrines designed in close collaboration with the artist.

Also on view is a group of bronze sculptures from Nagle’s Hands On series (1991), which use the cup as a formal vehicle rather than a utilitarian tool, employing slight variations in structure and texture to create abstract geometric and architectural forms.

Ron Nagle was born in San Francisco in 1939. He began working with ceramics during the 1950s as a high school student. In 1961 he apprenticed to Peter Voulkos and later exhibited his work alongside Voulkos, Ken Price, and other innovative West Coast artists working in clay. Since then Nagle has created an extensive body of sculptures whose small scale rewards close viewing. As Dave Hickey wrote in 1998, “If Fabergé had lived in California, loved hot rods and surfboards, and had been blessed with an impudent art-historical wit, on his best day he couldn’t compete with Nagle.”

Ron Nagle’s first one-person exhibition took place in 1968, and since then his work has been shown at numerous museums, including one-person exhibitions at the Saint Louis Art Museum, the Carnegie Museum of Art in Pittsburgh, the San Diego Museum of Art, and the Museum Boijmans Van Beuningen in Rotterdam. In 2013 his work was included in the exhibition The Encyclopedic Palace at the 55th Venice Biennale. He lives and works in San Francisco.