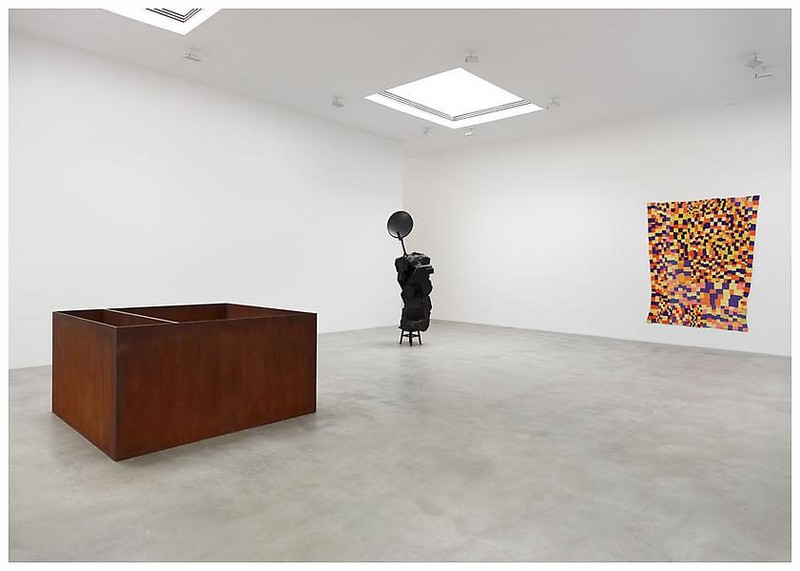 Matthew Marks is pleased to announce Roving Signs, an exhibition organized by Terry Winters, the next exhibition in his gallery at 522 West 22nd Street.

After encountering a rare collection of collages by the artist Harry Smith, Winters became interested in the broader territories and geometries suggested by Smith and his exploration of folk traditions. A pattern of underlying concerns emerges — the abstract Americana of found poems, strings and boxes, apples, satellites, patchworks and test tracks, scrapbooks, sculptures, paintings and lithographs, textiles, photographs, fiddles, piano rolls and song. The exhibition title is taken from the nineteenth-century ballad “Days of ’49”:

On the road with the semiotic self.

Terry Winters is a painter based in New York City and Columbia County, New York. His most recent one-person exhibition, “Cricket Music, Tessellation Figures & Notebook,” opened at the Matthew Marks Gallery in February 2012. He has had solo exhibitions at the Tate Gallery, London (1986); the Whitney Museum of American Art, New York (1992); Whitechapel Art Gallery, London (1998); the Kunsthalle Basel (2000); The Metropolitan Museum of Art (2001); and the Irish Museum of Modern Art, Dublin (2009). In 2013, Winters was elected to the American Academy of Arts and Letters. Winters organized the exhibition “Harry Smith: String Figures” at Cabinet in Brooklyn last year.
www.matthewmarks.com