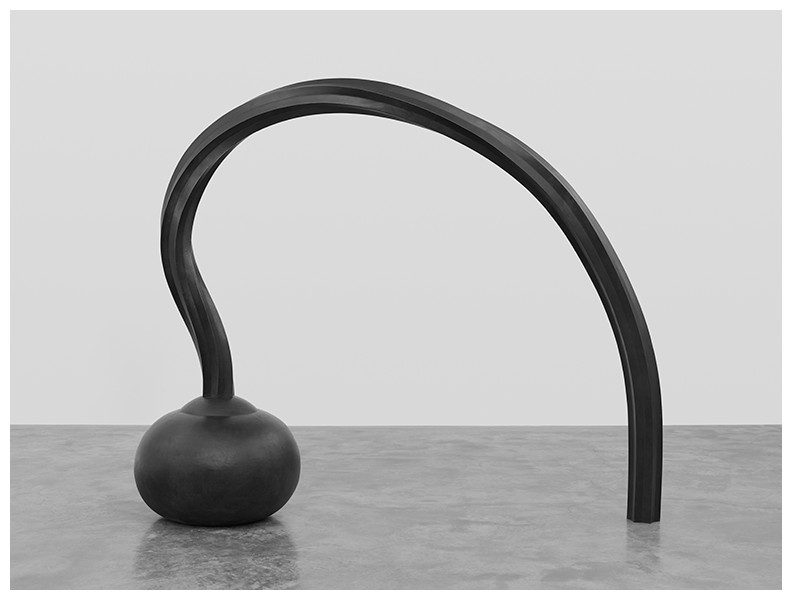 Matthew Marks is pleased to announce Sculpture, the next exhibition in his gallery at 523 West 24th Street. The exhibition features recent works by Katharina Fritsch, Robert Gober, Jasper Johns, Ellsworth Kelly, Martin Puryear, and Charles Ray, all of which are being shown here publicly for the first time.

Katharina Fritsch’s St. Michael is a life-sized monochromatic sculpture depicting an angel slaying a demon. It is cast from polyester with a matte green surface and continues the artist’s exploration of iconographic subjects.

Robert Gober’s new sculpture of an enormous stick of butter in a crib surrounded by a dozen golden apples combines several of the artist’s previous subjects into a single work.

Jasper Johns’s new double-sided copper relief 0 – 9 depicts the artist’s now-iconic numerals in two stacked rows. Only a quarter of an inch thick, the sculpture has a luminous patina unlike any other sculpture Johns has previously produced.

Ellsworth Kelly’s White Form is a large aluminum relief with a reflective white surface that projects from the wall with curving contours.

Martin Puryear’s Question, with its poetic and allusive forms, combines both the geometric and the organic. Standing nearly eight feet tall, it is among the artist’s largest works in bronze.

Charles Ray’s Sunflower relief is based on a garden center seed packet. It is machined from a solid block of aluminum and weighs nearly 200 lbs.
www.matthewmarks.com