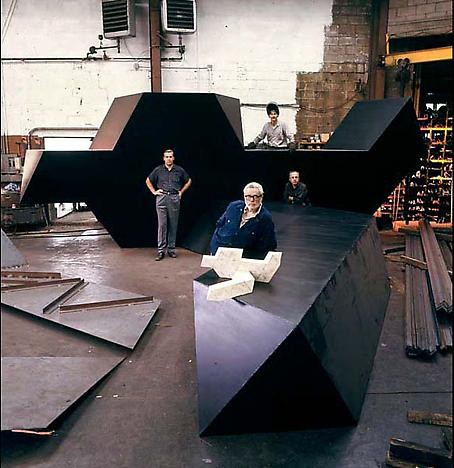 Matthew Marks is pleased to announce Tony Smith Source, the next exhibition in his gallery at 522 West 22nd Street.

Source, 1967, is a monumental sculpture, which Tony Smith first exhibited at Documenta IV in Kassel, Germany in the summer of 1968. Fabricated in steel and weighing over 12,000 pounds, this work is among Smith’s most dynamic large-scale sculptures. A key example of the painted black outdoor sculptures for which Smith is best known, this exhibition is the first time that Source is being shown in New York.

Smith came to sculpture late in life. Born in 1912, he supported himself and his family as an architect for twenty years but began to focus on painting in the mid-1950s, turning to sculpture later in the decade. Smith considered the issues of architecture, sculpture, and painting identical, befriending many of the leading practitioners of Abstract Expressionism in the 1940s and 1950s.

September 23, 2012, marks the one hundredth anniversary of Smith’s birth. Institutions around the world will celebrate his centennial with special events, including a daylong symposium at the National Gallery of Art, a panel discussion at the Seattle Museum of Art, and the exhibition Kiki Smith, Seton Smith, Tony Smith: A Family of Artists, which opens at the Kunsthalle Bielefeld, Germany, on September 23.
www.matthewmarks.com