What Nerve! Alternative Figures in American Art, 1960 to the Present 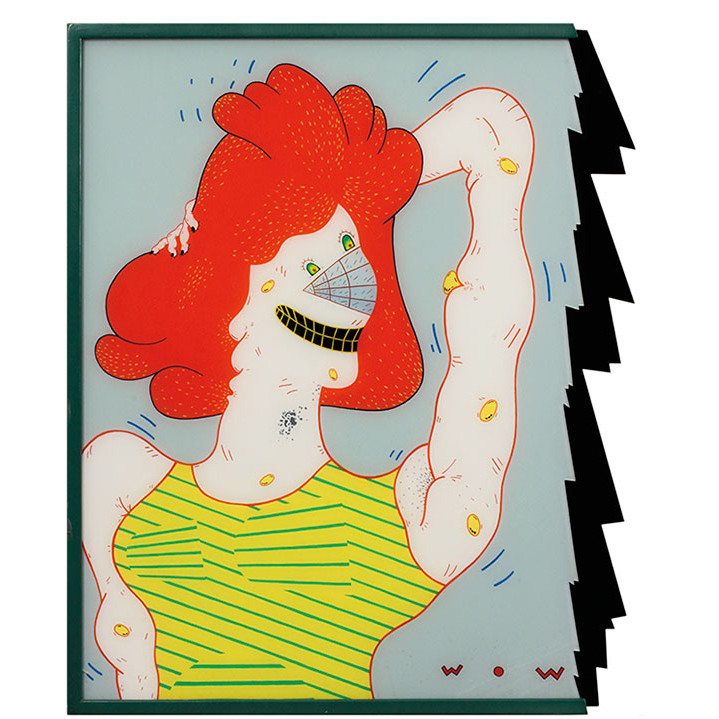 Jim Nutt, Wow, 1968
Matthew Marks is pleased to announce What Nerve! Alternative Figures in American Art, 1960 to Present, the next exhibition in his three 22nd Street galleries.

Focusing on four groups of artists practicing away from the cultural capitals of New York and Los Angeles, What Nerve! presents an alternative history of American art since the 1960s. As the exhibition’s curator, Dan Nadel, has written, “When confronted with a system that seems impenetrable, outsiders tend to band together.”

This exhibition reassesses the artists associated with these four groups, providing a new understanding of their influence on contemporary art history. Distinct as their artworks are in style, period, and place, the artists all share a common set of concerns. Inspired by a wide array of influences including folk art, advertising, primitive art, comic books, and fetishism, they all favor figurative imagery that diverges from the predominant artistic style of the time.

The groups presented here emerged from close collaboration and, in the case of Destroy All Monsters and Forcefield, experimental living arrangements. All of them embrace alternate aesthetics and unconventional media. Lawn chairs, purses, comic books, chain metal shrouds, and a video installation join rarely seen paintings and drawings.

The Collected Hairy Who Publications 1966 – 1969, the first book to gather the artist’s books of the Chicago-based Hairy Who into a single volume, will be published on the occasion of the exhibition. Accompanying it are a scholarly essay and an extensive archive of Hairy Who posters, exhibition photographs, and ephemera.

A version of the exhibition was presented last fall at the RISD Museum in Providence, RI, which was accompanied by a fully illustrated catalogue with texts by Dan Nadel, Robert Cozzolino, Dominic Molon, Roger Brown, John Smith, Naomi Fry, Michael Rooks, Nicole Rudick, and Judith Tannenbaum.