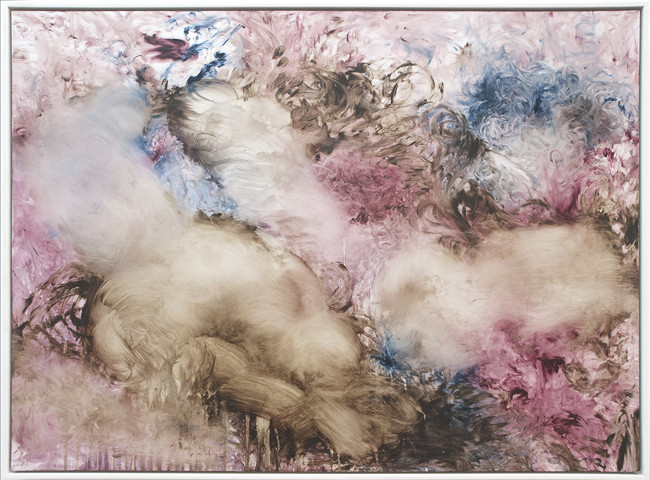 This exhibition of works by Carlos Leon would like to reflect the growing complexity of this artist ́s work who, considering himself first and foremost a painter, always seeks to enrich his experience with other forms of creation. Our artist has been slowly adding interesting forays into experimentation with new media, in addition to his well-known works painted on dibond or polyester, which reaped excellent reception in their latest samples, such as that which took place in the Museo Patio Herreriano in Valladolid in 2010, (as the set of acrylics on recovered medical x-rays showing now).

Carlos Leon, who spent part of the 1970s in the still immersed in the effects of may 68 Paris, part of the 80 in Madrid during the movida, and eight years in New York, he lives now in the countryside, near Segovia, delivered to a fluid creative activity that seems to be producing since his return to the art scene, its best fruits.

At a time in which questioning the practice of painting seemed to intensify, his work contributes to demonstrate the validity of this genre, which he considers "one of the oldest trades in the world", and practices it not because he lives in an inward isolation but, on the contrary, because of his very elaborated knowledge of the international artistic production. His dedication to other forms of expression such as sculpture or photography, clearly demonstrate the plurality of his interests and his attitude towards the possibilities of media available today.

The artist recently expanded the stage of its production to an industrial area in the vicinity of Segovia which, more than a mere workshop, he considers a "work in progress". Max Estrella Gallery raised this new exhibition as the occasion to enjoy a true immersion in the work of Carlos Leon. Thus, while the exhibition lasts, you can visit also the artist's studio by appointment.