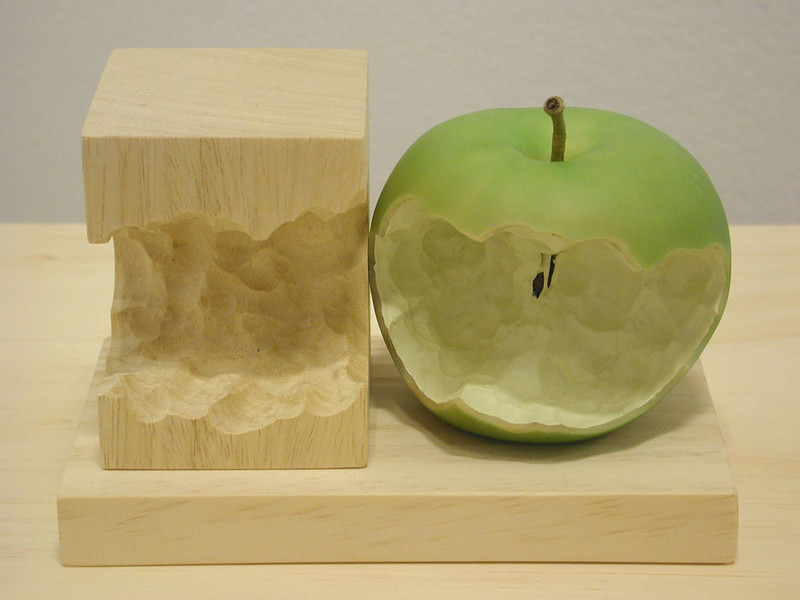 Max Estrella Gallery presents Jorge Perianes ́ first solo exhibition in this space. Perianes already participated in the group show Caminar la línea (Walk The Line) in this space last year, sectioning the shafts of three false columns that made up the main room of the gallery, twisting them, generating a powerful feeling of unstable fragility in the visitor.

Jorge Perianes reflects, on the basis of a precise aesthetic and symbology, about the concept of human being in its entirety, based on notions such as habitat, identity, and nature. From a personal attempt oriented to the culture of the detail, the artist try to approach issues that concern the man, like death, his inability to know himself, to find his place or to adapt the destiny to his wishes. That is why he takes years working from the ends of the classical categories to try to encircle the concept of being: a world of extremes ranging from birds to insects, from trees to houses or cages, from attics to basements, etc., thus the always recurring connection of the stairs, which singularly do not lead anywhere; so, he disguises with black humor the discouragement and the emptiness of the man, making balances in the ambivalent, moving between the dramatic and the absurd, in which the characters resemble unable to comprehend the fate of the events which await them.

“I move in parameters related to nature, with the soul of things, with the weightlessness... It is an art of gentle persuasion based on the mechanisms of the fable, in supposedly small stories. In several of my series, I show the main actors trapped in a sort of trompe l'oeil without properly relating to the thing that catches and threatens them. The "character" (animal or object) always appears in my pieces as the substitute for the absent man and the introducer of the viewer in the scene”.

Most of his ideas and projects are formulated first in drawings and textual notes on paper, which are materialized later into sculptures because "they do not represent, they create a new entity, animate the object, have a soul and can be manipulated", with a strong painterly character.

The work of Jorge Perianes cherishes recurring thoughts like the metaphor, the perversion, and the irony. They compel the viewer to bump into the surreal, the allegory. We could compare them with songs and dreamlike stories of our childhood, recited with ingenuity back then, whose literal sense discovers a deep meaning of an extreme violence. Children songs sing the misfortunes with joy, color. And that paradoxical state also translates in the work of Jorge Perianes.

Jorge Perianes (Orense, 1974), lives and works between Madrid and Vigo. He completed his degree and doctoral studies at the Faculty of Fine Arts of Pontevedra. He resided in Berlin and London during 2008, thanks to the VIII Unión Fenosa Artistic Creation Abroad scholarship.

Worth mentioning are his installation Categorías in Abierto X Obras, in Matadero Madrid last year, a poetic exercise that longitudinally divided this singular space, and his installation at the Cidade da Cultura in Santiago de Compostela. Other solo exhibitions include: Diálogos, Museo Provincial Lugo, 2011; Los animales se equivocan; MACUF, La Coruña, 2009, among others.

Among the numerous collective exhibitions in which he has participated, it should be noted Narratives, Miami (USA) and Arte contemporáneo en patios quiteños, Quito (Ecuador), both curated by Gerardo Mosquera. He has also exhibited at CGAC, Santiago de Compostela (Spain); MARCO, Vigo (Spain); MUSAC, León (Spain); or Alcalá 31, Madrid (Spain); and in international art fairs such as ARCO in Madrid (Spain), VOLTA in Basel (Switzerland) and New York (USA), NEXT in Chicago (USA), Art Miami (USA), Artíssima en Turin (Italy), Arte Lisboa (Portugal), etc. His work is present in important public and private collections including that of the MUSAC.