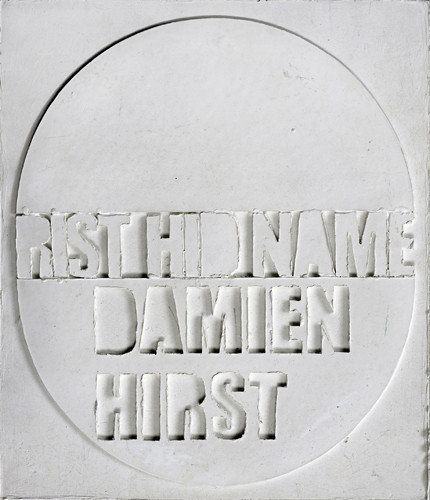 José Ramón Amondarain first individual exhibition at Max Estrella Gallery is a chance for the meeting with his latest and different works, very diverse in their appearance and their ways, but very coherent conceptually and methodologically.

Although he parts of the practice of painting, from painting he approaches photography, construction and the use of objects into something we would call sculpture (by the three-dimensional result). All this is not more than a conceptual reflection based on the thought of different ways of practicing painting. As always a challenge for intelligence from the sensible.

In all the works exhibited here we can check via pure experience, how ideas, cliches or moments of a process are retained, rethought and forced to "conform" a completed work. It may be the photograph of a picture he painted, showing in its enlargement what would be the specific nature of the own painting (surface, color, stroke), or the same idea into an object of polyester that embodies what could well be the proper surface of the painting, that in the change of material and in the kinks applied to it produces an object. JR Amondarain tells us the following about it: another piece is what I call Moon (that is not the title), it's a kind of polyester crate, and the upper part represents a surface with brush strokes. When taking the photographs (testing) I like the fact that is not understood well what it is and that kind of desolate lunar landscape[1].

Turns of nut to problems that have bothered him since a while ago: mine, ours, of others, of anyone mine again. It is this marvelous ability to look at and see two perspectives on the same thing - object or sentence - two different things, as the title of the exhibition so well illustrates[2] and the series of anagrams that we can also see: MARCEL DUCHAMP/CLAD PREACH MUM; MONA HATOUM/OH MAMA TU NO;MORRIS LUIS/MIL RIOS SUR; FRANCIS BACON/CONFISCAN BAR; ANDY WARHOL/HOLD ANY WAR; JEFF KOONS/J.F.K. EN FOSO; DORA MAAR/DAR O AMAR; SALVADOR DALÍ/LORD SALIVADA; ANTONI TÁPIES/TIENTA PASIÓN; BRUCE NAUMAN/CUAN BUMERANG; SERRIE LEVINE/INHERES RELIEVE; FRANK STELLA/FALLEN STARK; ANSELM KIEFER/FIREMEN SLEEK[3]

Unthinkable analogies, multiple reflections or even disparate. Where anyone would see an insurmountable wall, he finds a door open and, by way of example, let us remember his work "starting" of exemplary works of art. In these cases he uses different approaches, from placing himself in the frame, as is the case of Pipilotti Rist photography, or opening which is closed by fissures that only he knows to see, as for example, the underground stream that goes from FRANCIS BACON to his work titled “BOCA (A NO DECIR/DIO NACER)” and, as JR Amondarain explains, it tries to correct that so recurrent belief about F. Bacon, which immediately links the work of the Anglo-Irish with intestines, while he was talking about what was happening on the surface of the painting.

Another example of moving between what is central and what we commonly qualify of accessory, would be that work he calls paint by ear. As well, the transparent methacrylate base, inside "repeats" somehow what sustains and shows up: It will be with black glazing. Somehow the piece repeats what happens on the platform with its black interior.

Finally, those resulting works of the construction of an object kneaded with oil. Object of organic and somehow menacing look, as it leads to entrails or organs in full digestion. The process of preparation, could be described in the following way: starting from a significant amount of fresh oil, used as if it were clay, forms are being produced. Of them all, the most relevant or surprising ones that would compose the sequence and that were doomed to disappear in the own evolution of the action, they are preserved photographically and constitute models for the realization of various paintings made by Amondarain. I wonder if all of them would constitute, if we put them in line, different moments of an animation, similar to a stop motion. And it is here where the author corrects me and adds: the thing, rather than having to do with the time, would have to do with the space, with the fact of the thing is a thing when it is an image and how the images pass through the paint.

Nothing more can be said, or mostly better.

Awards as the Endesa Scholarship for Plastic Arts, the Marcelino Botín Foundation Scholarship, Gure Artea Prize of the Basque Government, or the grant for residence at Kunstlerhaus Bethanien, Berlin, support his career.

[1] For the scholar, the analogies with Dust Breeding of Man Ray or the 128 Details from a picture of G. Richter are inevitable but they are also questionable and even expendable.

[2] Amar gana (Love wins) is an anagram of the word anagram in Spanish.

[3] The modern ones would remember "Agape agape" of W. Gaddis, the ancient ones the Presocractic who never bathed twice into the same river.
www.maxestrella.com