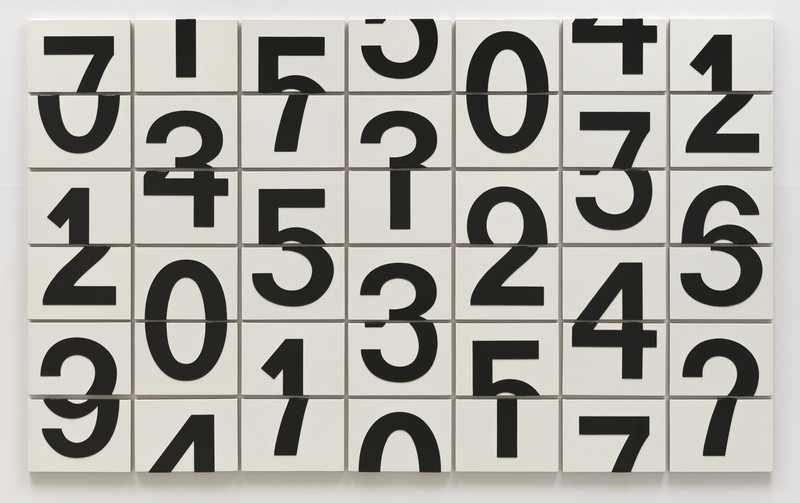 Galerie Max Hetzler is pleased to announce an exhibition with recent works by the British artist Darren Almond.

His multiscreen video All Things Pass (2012) was filmed in the world’s largest step well, Chand Baori, built in the 7th century in Rajasthan. Shot over both the dry season and the monsoon season, it primarily surveys the well – a huge inverted pyramid designed to collect rainwater from a large surface area, narrowing to a small base – in sync with a thirty-minute piece of Hindustanti music, arranged for four musicians. The latter, structured around ragas and written for specific days and seasons, features rising and falling motifs that echo the logistics of descent and ascent that characterise this colossal resource-gathering architecture. A piece of geometry that itself is based on the binary division of the seasons.

Almond’s initial interest in the well stemmed from his fascination with the phosphorescent algae that grows there now that the structure is disused (it is accessible by the public for one day a year). The formal and aesthetic concerns that haunt the work, however, are only the starting point toward larger issues: the extraction of resources, and how necessary – even desperate – human activity, and the structures it brings forth, are nested within still larger structures and systems scaling upward to heavenly bodies as stars, and into invisibility.

Other works in the exhibition extend this fascination with large, hard-to-grasp forces, employing a diversity of geometries or objects almost as mnemonics in order to make us aware of them. A poem by the naturalist poet, Nan Shepherd, spelled out on train plates, speaks of awareness of being between two sources of fire: the core of the earth and the molten ball of the sun: it also reminds us of the train lines – themselves frequently existing in order to pull natural resources from the earth – that crisscross the planet. Similarly orbiting around verticality, a series of photographs taken in Stenness, on the Scottish island of Orkney, features monolithic standing stones from a large temple complex that predates Stonehenge. The site of a significant change of epoch around 5.5 thousand years ago: a structure that, it’s suggested, might have been some kind of clock.

And if all human activity is built around luminary cycles, then Almond’s large radiometer, Rauschenberg’s Mantle Piece (2012) – a device whose inward parts rotate when they detect sunlight – clarifies that humanity is dependent on the natural resource that is light. Meanwhile, works from Almond’s new series of paintings – featuring horizontally divided numbers arranged into a potential infinitude of numeric combinations – remind us of how confusing arrays of numbers, from financial systems to the human genome to the positions of the stars, underscore every aspect of our lives: yet, uniting into a system by which we might be able to comprehend our place in the scheme of things.