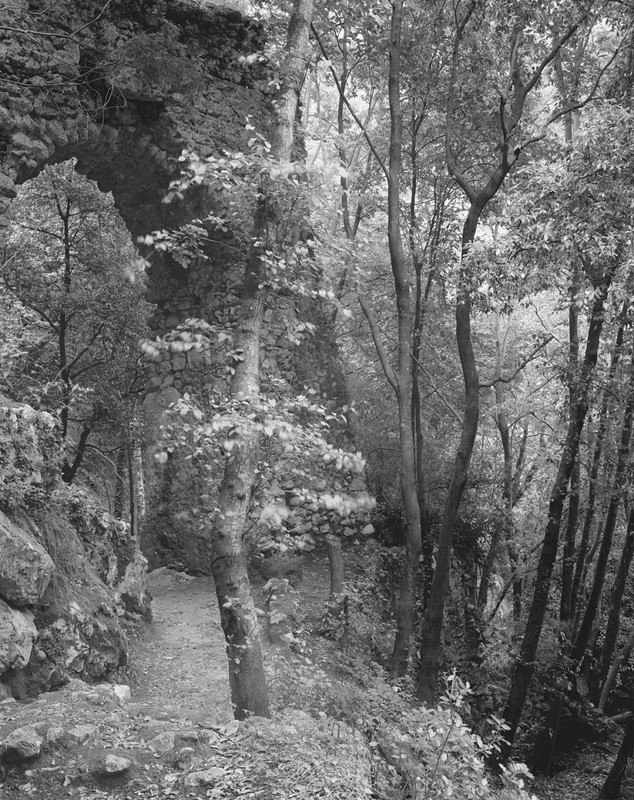 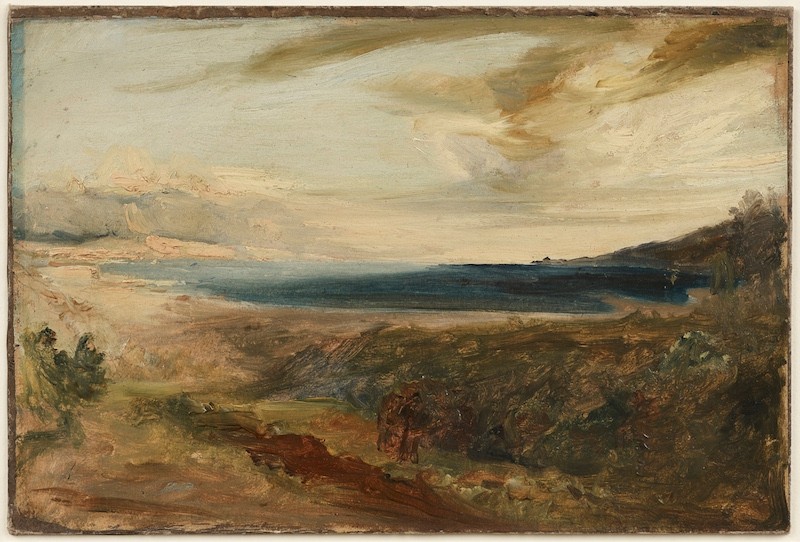 We are pleased to present the exhibition Landscapes with works by Darren Almond and Carl Blechen at Bleibtreustraße 45. This exhibition includes a new group of Fullmoon photographs by Almond and drawings and oil studies by Carl Blechen, loaned from the Akademie der Künste, Berlin.

Carl Blechen is considered one of the major exponents of German Romanticism and a pioneer of later artistic movements, such as Impressionism. During his short, fifteen-year career, he created an impressive oeuvre of paintings, watercolours and drawings that are noted for their intense use of light and modern methods of representation. Blechen’s extraordinary use of light and shadow creates an immediate, visible tension, dramatical shifting between the two – especially visible in the sepia drawings – to form a unique dynamic. In this way, Blechen plays with the use and effects of complementary contrasts, generating virtually entirely abstract pictorial spaces.

For his new body of photographs, part of his Fullmoon series of works, Almond decided to visit the sites and landscapes that Blechen portrayed at the beginning of the 19th century. Almond was inspired, in particular, by Blechen's so-called Amalfi Sketchbook, which was created on a trip Blechen took between 1828 and 1829, when he travelled across the Alps to Italy visiting various cities such as Verona, Florence, Rome, Naples and Amalfi. Almond in turn visited Amalfi and the Alps as well as Dresden, Potsdam and Cottbus, the town where Blechen was born. He photographed these places at night, under a full moon, using only natural light and a long exposure time, allowing details usually undetectable to the human eye to be revealed.

In both Almond and Blechen’s works, the theme of time and our experience of it, is foregrounded. Almond's Fullmoon photographs encapsulate the relationship between light, space and time, visualizing these components. His use of a long exposure time creates a lyrical atmosphere that suggests key aspects of Romanticism such as the sublimity of nature, transience and solitude while translating them into a contemporary representation.

The drawings and oil studies by Blechen presented in this exhibition, on loan from the Kunstsammlung der Akademie der Künste, Berlin, offer an insight into the artist's extensive body of work and enable a dialogue with Almond’s large-scaled photographs. These depict several images of a glacier tongue in the Alps, mountain chains, forests and valleys.

Also included in this exhibition is Almond's second series of black and white photographs, taken at the ruins of a paper mill near Amalfi. These works focus solely on light and the task of capturing it, creating a direct parallel with Blechen’s Amalfi sketches.

Both artists’ deep concern for the compositional device of the void in romantic landscapes becomes clearly apparent. Blechen’s works often avoid the use of figures; some even appearing like stage settings which seem to lack the presence of actors. Almond’s Fullmoon photographs are equally unpopulated, emphasising instead the tranquillity and emptiness of the landscape made tangible through duration of exposure and composition of the image.

Alongside this exhibition, a solo exhibition of works on paper by Darren Almond is at Goethestraße 2/3.

Carl Blechen (*1798 in Cottbus; † 1840 in Berlin) studied at the Königliche Akademie der Künste (Royal Academy of Arts) and held a position as a decorator at the Königsstädtische Theater (Royal Theater) in Berlin. In 1831 he was appointed Professor of Landscape Painting at the Akademie der Künste (Academy of Arts), Berlin. Several trips influenced Blechen’s work, among these his journey to Italy but also trips to Dresden, to the Baltic Sea, to Rügen, to the region of Harz and to Paris. His work unites romantic as well as realistic approaches. Furthermore, he is considered a en plein air pioneer. A comprehensive exhibition of the 66 Amalfi sketches was presented in 2010 at the Alte Nationalgalerie Berlin.

We would like to thank the Akademie der Künste, Berlin for the generous support.
www.maxhetzler.com