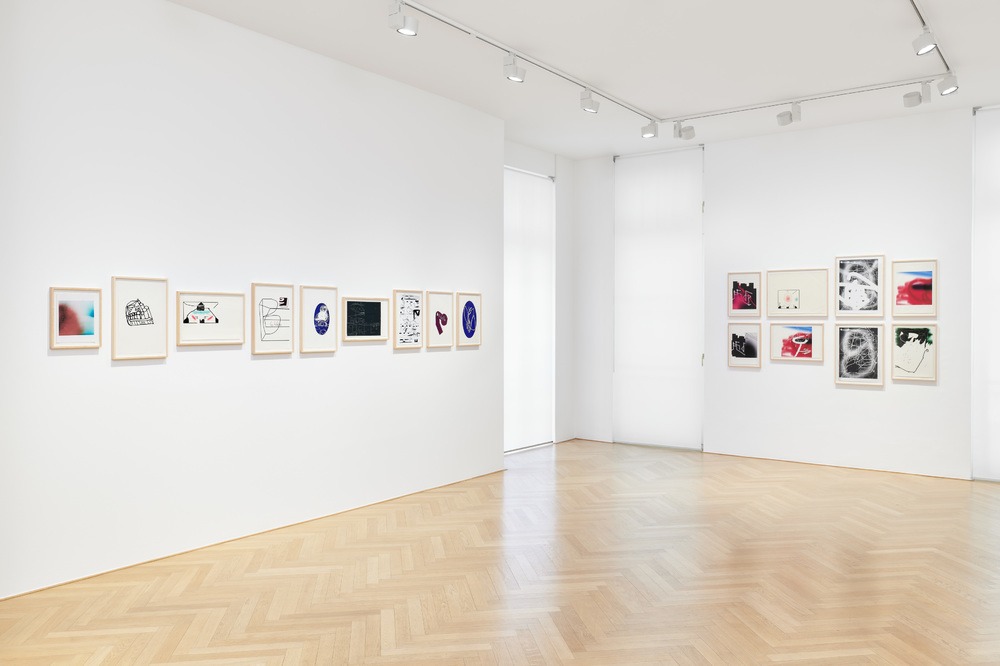 Galerie Max Hetzler is proud to present two recent artist books published by H2P | Hetzler Holzwarth Publications: a collection of works on paper by Jeff Elrod and Temptation of Life by Boris Mikhailov. Following editions made in collaboration with André Butzer and Zhang Wei, these are respectively the third and fourth artist book projects of the joint venture.

In his abstract works on paper, American artist Jeff Elrod (born 1966 in Dallas) approaches the artist's book through a related medium, seamlessly alternating between digital and analog worlds, between quick lines scratched out on a screen and painterly pieces that shimmer in a deep blurriness. Elrod assembled the present book with 139 of his inkjet and laser prints made between 1996 and 2015. Its narrative lies in the continuity of making, in the time sequence of the levels and in the framework of the program made visible on the page – similar to a script for a worldview between abstraction and gradation. The book is bound by hand into a folder-like hardcover, enhanced with neon colours, whereby the chromatic intensity of the originals is captured. This artist book comes in an edition of 180, all of which are signed, numbered and dated by the artist. Copies nos. 1-80 contain four distinct Inkjet prints on fine art cotton paper that are signed, numbered and dated.

Ukrainian photographer Boris Mikhailov (born 1938 in Charow) developed more than 40 series of work in his practice over the past 40 years, mostly in the form of books. As early as 20 years ago he produced classics such as Case History and Unfinished Dissertation, which were designed by Hans Werner Holzwarth, and in which he transcended the documentary aspect of the single picture. Mikhailov often begins with a stack of photographs, which over the course of time develop increasingly complex pictorial dialogues. With Temptation of Life, the artist draws an almost philosophical summary of the spirituality of everyday life and the transience of flesh and consumer waste, of sex, life and death. In a large-scale visual field of tension, he combines earlier pictures with new photographs taken in 2017 in a Kiev crematorium of the Soviet era and the surroundings reclaimed by nature. Other locations include decaying areas of Eastern and Western European cities, bedrooms and hospitals, gardens and night bars. In over 200 photographic diptychs across 424 pages, Mikhailov creates a view of reality that changes with the book - a passage between times. The book is published in an edition of 500 copies, all signed by the artist.

Although Elrod and Mikhailov work in distinct media - abstract painting and depictive photography - they rejoin in their virtuosic use of book-specific means, which, characterised by repetition, sequences and juxtapositions, create a kind of narrative that functions through aesthetics. The fact that the individual core of each work is emphasised is what makes these two books, and more generally the medium of the artists book, so exciting.

In addition to the two artist books, the exhibition also includes original framed drawings by Elrod. In the first room of the gallery are also exhibited the total of 62 books that have been produced in cooperation between Holzwarth Publications and Galerie Max Hetzler since 2000.