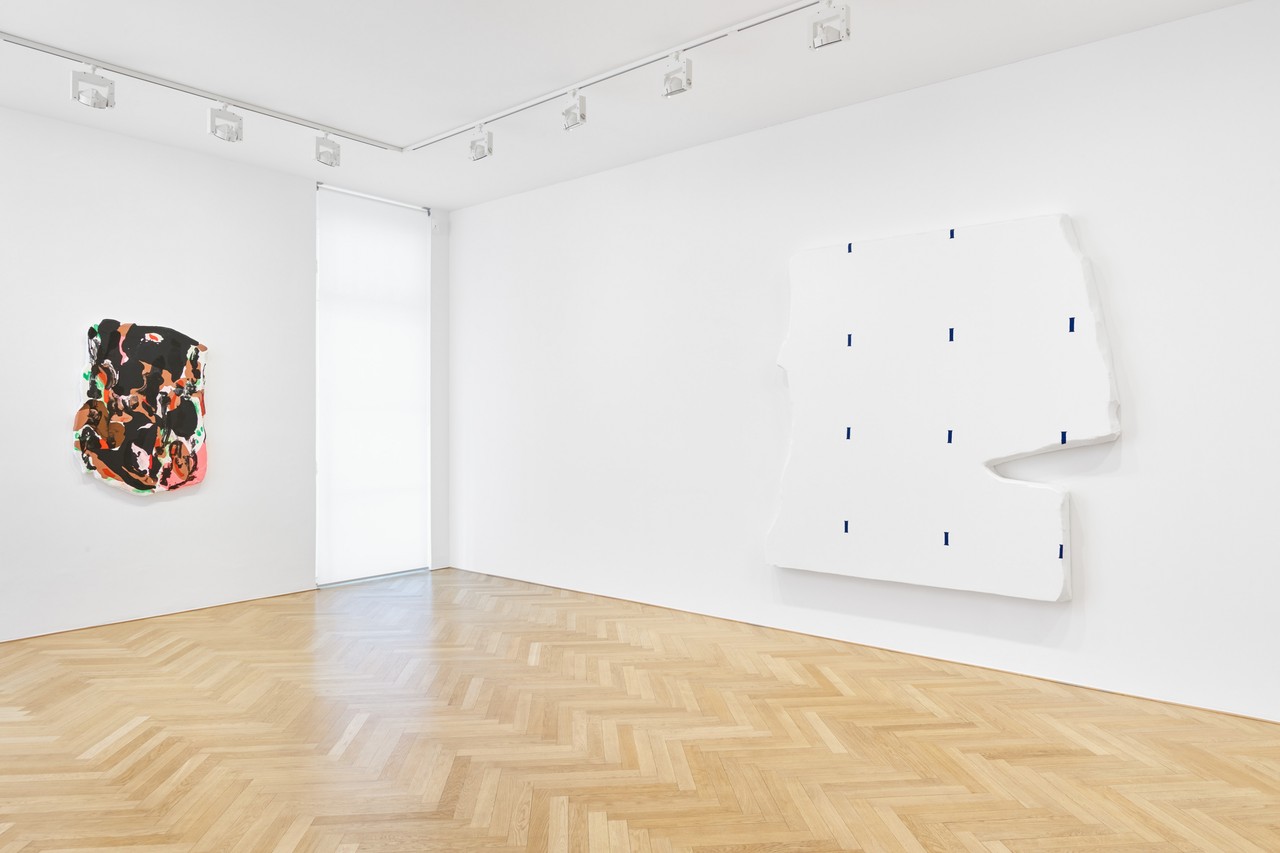 Galerie Max Hetzler is pleased to announce the upcoming exhibition Boy Meets World with new works by Jeremy DePrez in Bleibtreustrasse 45. This is the first solo show of the artist in Europe and with Galerie Max Hetzler.

Jeremy DePrez's paintings and sculptures are always inspired by three-dimensional objects, often deriving from the direct surrounding of the artist, such as his own studio or his neighbourhood. Everyday items like men's shirts, squished aluminium foil, Post-its or even structures from the surfaces of soaps serve as models for these works made with acrylic and partly modeling paste or gouache. DePrez examines the impression that an object creates when looked at in order to copy it onto the two-dimensional format.

Thus, a checked shirt from the artist's laundry caught his attention when he realized that the distorted grid pattern of the shirt generated a similar effect as the so called Amsler grid – an image of a grid that functions as a diagnostic tool to detect visual disturbances – when looked at by people with a diseased retina. The paintings created from this observation seem wadded or crumpled and stretched again, form creases and kinks. They approach a certain perception of the environment and at the same time mark an independent visual form that removed itself from the textile origin.

Another ongoing series of paintings refers to a collection of styrofoam panels that DePrez found years ago in a trash bin. The broken pieces had the letter I written over and over, covering the panels like a mantra. The object seems to continuously refer to itself and throws the viewer back to his own ego.

The Mound, 2017, a bluish black, almost sculptural work picks up these references from the direct surroundings of the artist as well. Inspired by different soaps and their deformed structure caused by constant use, DePrez transforms the form – in this case a soap also used to massage oneself – onto his painting. The term 'mound' is a metaphor for the surface of the skin to be cleaned but also alludes to a more archaic idea of cleanse via erasure.

The title of the exhibition, Boy Meets World, on one side refers to the name of a popular American TV series from the 90s, but questions on the other side what it actually means to meet the world. For DePrez, especially the details and objects that refer to each other, form a whole and play an important role. The title describes DePrez's encounter with his own surroundings – with the items that build the source of his works – that is so essential to his artistic practice.

At the same time, Galerie Max Hetzler is pleased to present the exhibition Staubsauger with new paintings by Raphaela Simon in Goethestrasse 2/3.