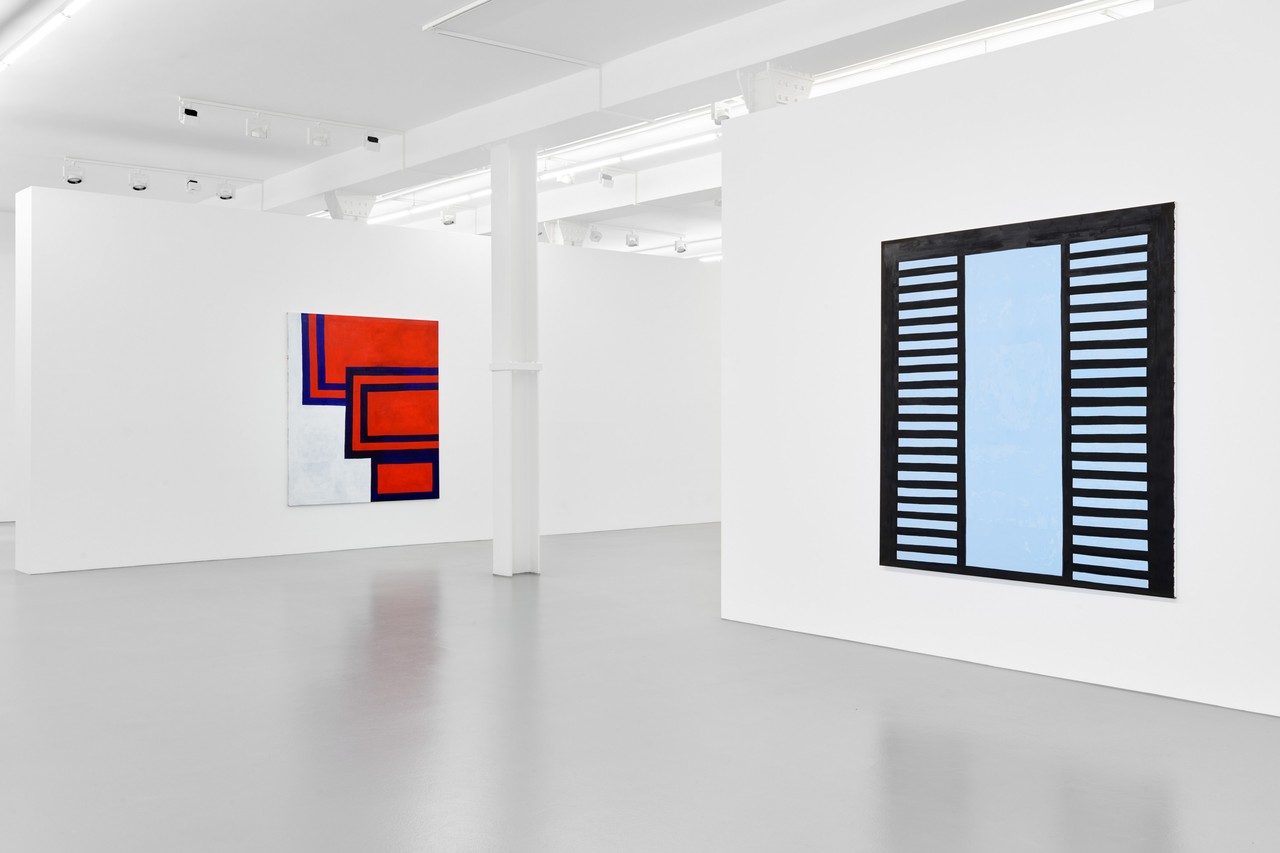 Galerie Max Hetzler is pleased to announce the exhibition Staubsauger with paintings by Raphaela Simon in Goethestrasse 2/3.

For her first solo exhibition with Galerie Max Hetzler, Raphaela Simon presents a selection of recent works from 2016 and 2017 which were especially created for this show.

Simple forms and vibrant colours define Raphaela Simon's canvases. The clear compositions are consciously simple, structures are being taken up again, gestures are being repeated which both carry like a thread through the entire work of the artist. Simon works in several layers, she overpaints and modifies previous elements over and over in a continuous and at times longterm process. However, the traces of editing, of adding and removing remain always visible. Coloured forms shine through white areas and here and there dark brushstrokes are spotted underneath lighter parts. Thus, her paintings appear as a form of palimpsest which is being overwritten and reused while still preserving the references of former layers.

Simon gives her paintings concise titles like Föhn, Pflaster or Schacht (hairdryer, band-aid or shaft). Seemingly banal terms of everyday life suddenly turn into the meaningful sense of the work. Simultaneously, she reduces the single work to a first association, a key word. This provides the paintings with a symbolical character that makes them appear like icons.

Thus, the artist creates a contrast to the actual size of her works and the highly charged medium painting. Focused on a word, the abstract visual language seemingly loses its complexity and, similar to a pictogram, emphasises the informative content. In so doing, Simon also plays with the desire of the viewer to construe figurative elements in abstract forms as well as search for references even though these always remain personal interpretations.

At the same time, Galerie Max Hetzler is pleased to present the exhibition Boy Meets World with new works by Jeremy DePrez in Bleibtreustrasse 45.

Raphaela Simon was born 1986 in Villingen, she lives and works in Düsseldorf. Simon studied with Peter Doig at the Academy of Arts Düsseldorf and in the class of Günther Förg at the Academy of Fine Arts Munich. In 2016, her works were part of the group show Das Bild hängt schief (the painting hangs crooked) at Galerie Max Hetzler, Berlin. She exhibited in solo and group shows at Hannah Hoffman Gallery, Los Angeles (2016 and 2015); Tom Dick or Harry, Düsseldorf and TRAMPS, London (both 2015 and 2014), among others.
www.maxhetzler.com