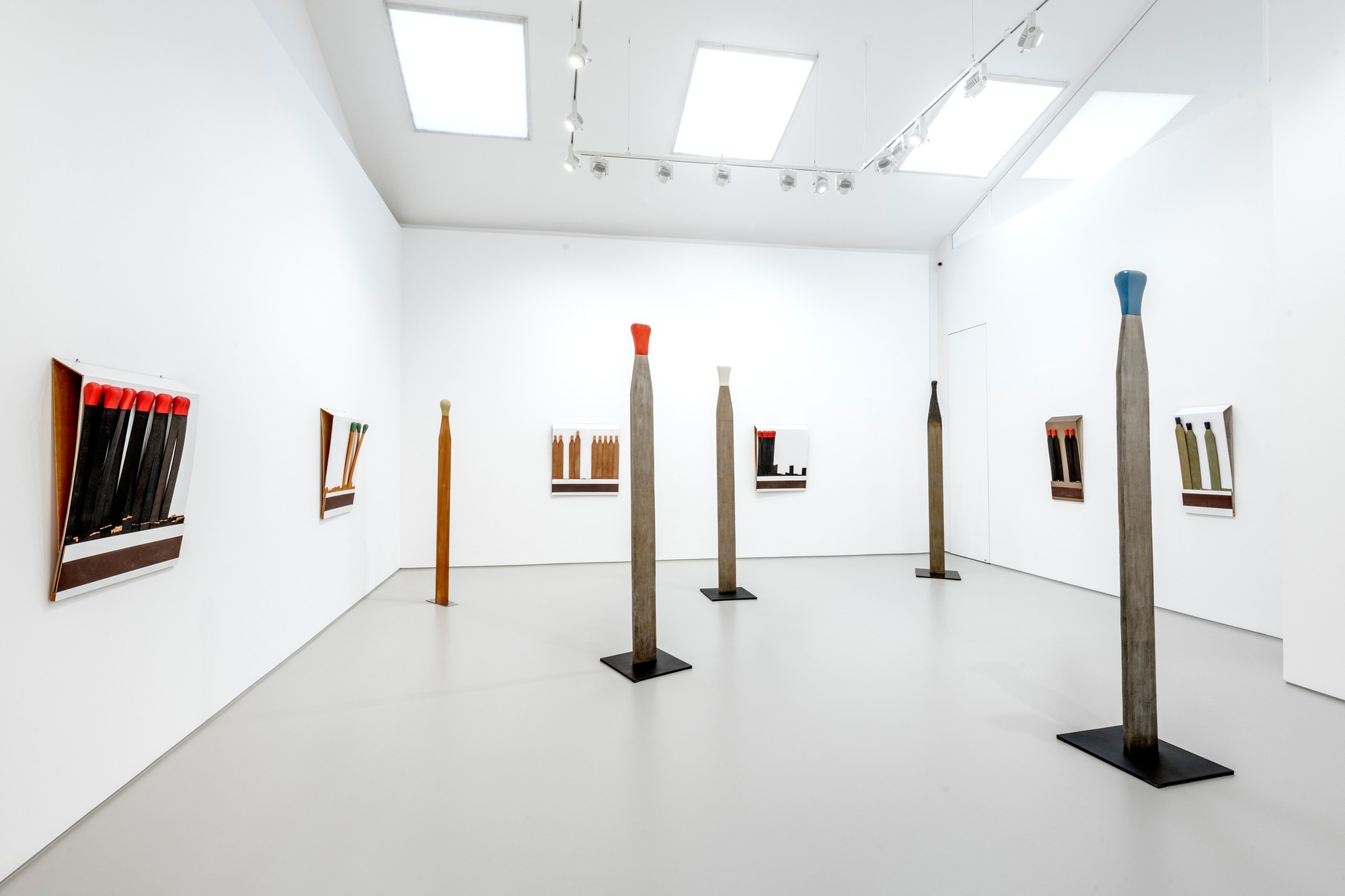 Galerie Max Hetzler is pleased to announce the exhibition Saffa | Seita, featuring matchbooks and giant matches in bronze by Raymond Hains at the Paris gallery.

Raymond Hains is regarded as one of the most important French Post-war artists. Often associated with New Realism, he soon distanced himself from the movement to conduct his own researches, creating works that constantly challenge our perception and definitions of art. Renowned for his torn posters and palissades (board fences), Hains has also created a significant series of giant matches.

In 1964, Hains initiated a body of work based on language, analogy and chance, revealing hidden connections between these seemingly disparate elements. Settled in Venice at that time, he created the two fictional characters Saffa and Seita, which derived from the names of the Italian national company for matches and the French equivalent for tobacco, exhibiting oversized versions of the matchbooks and matchboxes commercialised by the two firms. The artist presented himself as the two fictional arsonist artists' agent, both a mentor and a parasite, caricaturing the use of objects by the New Realists as well as the monopoly of their distribution on the art market. He played with roles and identities, sometimes signing artworks with Saffa/Seita © Raymond Hains. In this respect, he said “I had imagined two artists who would each have a monopoly on matchbooks. It was a trick to help illustrate what I thought of New Realism, which could have been called 'personified abstraction' ” (interview with Marc Bormand, February 1999).

The giant matchbooks openly refer to the work around objects of Claes Oldenburg who, just as Raymond Hains, took part in the 1964 Venice Biennale. The vertical alignment of the giant matches are reminiscent of other series made by Hains such as the palissades, while the form of the matches remind us of human figures and could be seen as a personification of the two companies.

The monumental scale of this mundane object condemns the overwhelming power of brands in our consumer society. Hains draws our attention to everyday objects so as to change our perception of reality.

Raymond Hains has regularly exhibited his matches since the beginning of the 60s, notably at Galerie Iris Clert (Paris, 1965), Documenta IV (Kassel, 1968) and Galleria Blu (Milan, 1970). He created variations of this series over the years, up until the late giant matches made in 2005.

This exhibition has been organised in collaboration with Thomas Hains, the representative of the artist's estate.