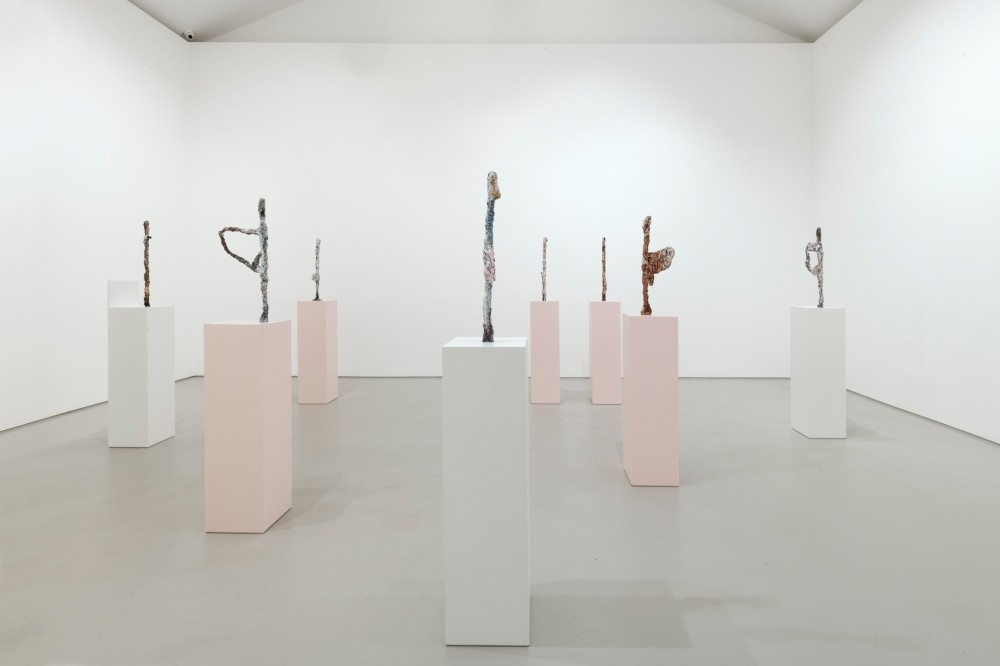 The artist describes the works in this show as falling into three broad categories:
a set of small, slender, painted sculptures, homuncili-like, in various standing or dancing postures, some of which display her continuing interest in twins or doubled forms; a 1.5 metres high bronze sculpture, warrior-like, flag- or shield-bearing, incorporating strange strutting or buttressing; and some wall-mounted assemblages of varying sizes, simultaneously eerie and cute, using neon, pompoms and a range of fragments and ephemera.

Recurring throughout these works are rudimentary glyphs, shapes, sometimes painted or made of neon, suggestive of a proto-language, an urge towards articulation - or alternatively of an opaque alien language. In other instances, paint is applied to suggest flesh or clothing or, at the far end of the scale, surface shimmer.