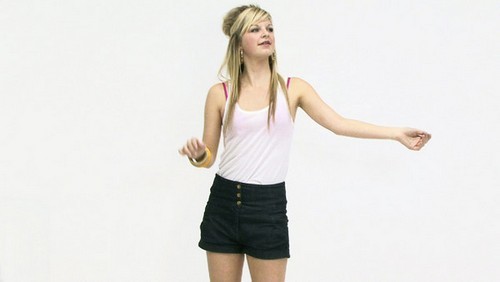 Galerie Max Hetzler is pleased to present Liverpool, an exhibition of recent photographs and videos by Dutch artist Rineke Dijkstra.

Rineke Dijkstra, one of the most visible and highly regarded Dutch artists, received international recognition in the early 90's for her eloquent portrait series of teenagers and young adults.The exploration of identity remains central in her powerful images of adolescents.
Dijkstra took photographs - sometimes over a long period of time - of boys and girls in different parts of the world. Her subjects include a Bosnian girl refugee at intervals of several years, young Israelis before and after their recruitment into the army, young mothers shortly after having given birth and bullfighters after the fight, while teenagers in night clubs in the early morning hours are the subject of her videos.
In both moving and still formats, Dijkstra's images evidence an intense concentration. The clarity and honesty that mark them are the result of her ability to structure sincere emotional connection with the individuals she photographs or films and which allows her to work with them over the years. Her approach to the portrait responds to a significant art history lineage, from August Sander to Diane Arbus. Portraits of Dijkstra are never staged therefore the figures are almost entirely free of any embellishment.
In her recent series of photographs and videos „Liverpool“, Dijkstra worked collaboratively with Tate Liverpool in the exhibition The Fifth Floor: Ideas Taking Space. During this exhibition, Rineke accompanied several teenagers to local nightclub Krazyhouse and observed and filmed school children during gallery workshops at Tate Liverpool.
When filming the young visitors from the Krazyhouse the artist isolated them from the club context and worked in a specially constructed studio in this club during the weekdays when it was closed. She asked them to dance to their favourite music, and a DJ was involved to play the songs they liked. At the same time Dijkstra made photo-portraits of these dancers in a studio constructed within the gallery space at Tate Liverpool.
Adolescents are hence given an almost monumental presence. Because of the sobriety of the background and the austere composition all attention is drawn to the teenager who appears equally vulnerable and tense.
Through her visual language Dijkstra tries to read the hidden or invisible. As a result the subjects of her portraits gradually lose control over their image. Showing themselves in a different light they reveal more than they wish to, either their physical and character traits mutations or what seems to be their aspirations.
In the video „Ruth Drawing Picasso, Tate Liverpool“ Dijkstra joins a school class at Tate Liverpool focusing on one girl from the group of students in uniform. The school girl Ruth is portrayed on her own as she is sitting on the floor and is highly concentrated on drawing Picasso’s painting, Weeping Woman, the last one from the Guernica cycle. Her intense effort and apparent fascination for the painting remains quite intriguing.
In another video, „The Weeping Woman, Tate Liverpool“ a group of school children is portrayed viewing Picasso’s painting, while Rineke captures the contemplative and engaged faces of the group and listens to their revealing comments.

From April 30 until August 30 the Tate Liverpool will present the exhibition: Rineke Dijkstra: I See a Woman Crying featuring works from the Liverpool Series.