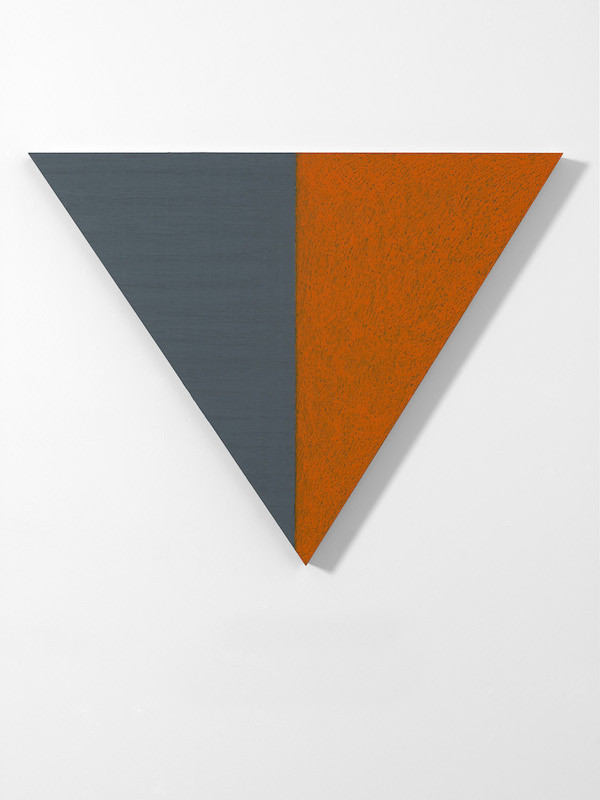 “Ice fishing is the practice of catching fish with lines and fish hooks or spears through an opening in the ice on a frozen body of water.”

A photograph of ice fishing looks like a minimal activity. A white surround, with a black hole, and an individual engaged in a practice that looks almost motionless. The work that is unseen, cutting into a frozen lake, withstanding the extreme weather conditions and travelling to the often-remote location, are hidden.

Ice fishing is also, along with traditional river fishing, Brooklyn-based artist Charles Harlan’s hobby, and so a link, or rather a way of approaching apparently minimal practices, comes roughly into focus: a process of thinking about ‘work’, and what is worked with.

Looking at the work of five artists spanning five decades since the mid-20th century, Ice Fishing is interested in drawing links between artists whose work, in its simplicity and connotation, belies the
important processes and aims that lead to its making.

McArthur Binion (b. 1946 Macon, MS, lives and works in Chicago, IL). “Binion’s primary medium is wax crayon, which he tediously grinds and rubs into wood and aluminium panels, resulting in simple and abstract subjects that are usually mono- or duo-chromatic. Given a closer look, the crayon is heavily applied, creating layers, textures, and complexities that engage African American history by referencing Binion’s time picking cotton as a child.” From McArthur Binion, published by Kavi Gupta Gallery, Chicago. Previous solo exhibitions include Contemporary Art Museum, Houston (2012).

Bill Bollinger (1939 – 1988, New York) was one of the foremost sculptors of the late ‘60s and early ‘70s, showing with Bruce Nauman, Robert Smithson and Richard Serra, and included in Harald Szeemann’s 1969 exhibition When Attitudes Become Form. Working with industrial materials and focusing on the gesture of construction and the limits of matter, Bollinger’s work is at once beautiful and stark. In 2012 The Sculpture Centre in New York mounted a retrospective of Bollinger’s work curated by Christiane Meyer-Stoll in conceptual collaboration with Rolf Ricke, which brought this artist’s work to the attention of a new generation of sculptors.

Charles Harlan (b. 1984 Smyrna, GA, lives and work in Brooklyn, NY) studied at NYU under Carol Bove, for whom he later became an assistant. Harlan works with found materials and their physical and cultural histories. Artworks that may appear simple, are often invested in a great labour of transport, a process he explains as: “with each stop on its journey a sculpture adds to its aura, more metadata, another memory.” For Ice Fishing, Harlan travelled to London to research and construct two new works: Concrete and London Bricks.

Virginia Overton (b. 1971 Nashville, TN, lives and works in Brooklyn, NY) works with materials, placement and sourcing: as the artist says, “the pieces are what they are, real things in the world, not extraneous objects to be placed on a pedestal.” Overton’s work is currently exhibited in the solo show Flat Rock at the Museum of Contemporary Art North Miami and a site-specific installation at Storm King Art Center, NY. Recent solo exhibitions include: Westfälischer Kunsteverein, Münster; Kunsthalle Bern; The Kitchen, New York, and Deluxe, The Power Station, Dallas.

This exhibition was curated by Darren Flook, and would not have been possible without the help of JTT Gallery, New York; Mitchell Innes & Nash Gallery, New York: KOW, Berlin; Kavi Gupta Gallery, Chicago and the Zabludowicz Collection, London.
www.maxwigram.com