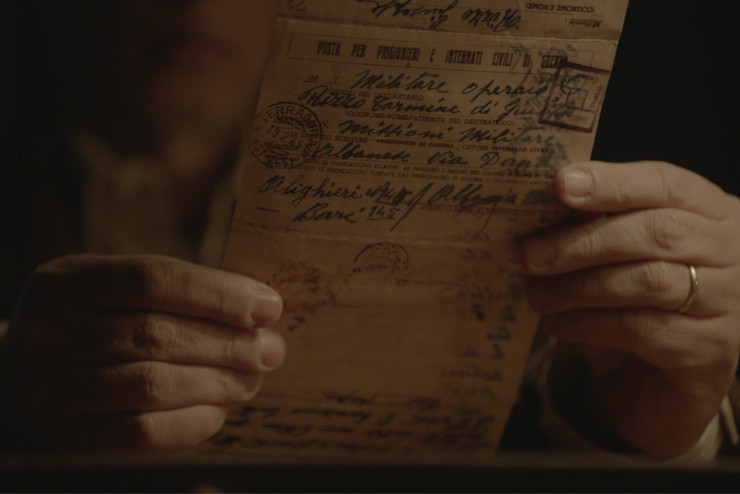 At the end of the 2000s, the Albanian State Archive announced the finding in its stores of two rough canvas sacks marked with a simple label reading: “Correspondence of Italian citizens in Albania.”

Hundreds of letters,
written between 1945 and 1946,
by those Italians who at the end of the Second World War
found themselves in Albania awaiting repatriation and by their relations in Italy,
which never reached their destination...

On the occasion of the exhibition Architecture in uniform Adrian Paci and Roland Sejko reflect on the episode.

The fruit of a collaboration between Adrian Paci, one of the most interesting artists working in Italy, and Roland Sejko, director and winner of a David di Donatello prize for the documentary Anija – La Nave, Sue Proprie Mani is a reflection on the presence of Italians in Albania at the end of the Second World War. The project tackles the issue of uprooting and forced estrangement from one’s homeland, taking its cue from a story of the immediate post-war years that few in Italy are aware of.

A video-installation, with footage filmed in the former palace of King Zog at Durazzo and projected onto five large screens shows international actors in period costumes. In their hands a letter: recipients or senders, perhaps just witnesses, appear and disappear, while in the background fragments of those undelivered letters are read.

The work thus traces the lives of around 24,000 Italians (ex-soldiers, but also workers, doctors, shopkeepers and engineers who all arrived during the Italian occupation) who at the end of the war were trapped in that country, unable to return, pawns in a political game that was to last until 1949, when Italy and Albania established diplomatic relations.