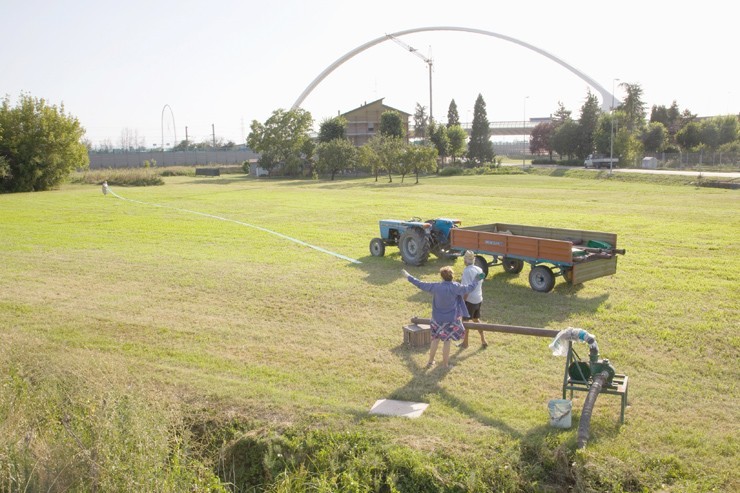 Work on the high-speed link between Bologna and Milan, documented and described by 10 internationally famous photographers: TAV Bologna-Milan. Photography Research Territory, the exhibition born out of the investigation into the work on the high seed rail link conducted between 2003 and 2009 by Linea di Confine per la Fotografia Contemporanea and exploring the innumerable micro-territorial consequences and the social impact of the infrastructure through the multiple and diachronic vision of ten photographers of various nationalities and generations.

The photographers conducted their research at the sites and the areas adjacent to the principal rail network structures. In particular, between 2003 and 2006, the sites between Parma and Bologna were surveyed, along with some of the principal structures along the route, including the “cable-stayed” bridge over the River Po, the Fontanellato tunnel, The “Modena” viaduct and the tunnels of the urban route in Bologna. During the last phase of the investigation, from 2008 to 2009, attention was turned to the environmental mitigation works and the technology regulating the running of the trains.
The research was accompanied by two interdisciplinary study days and five photographic workshops attended by numerous young Italian photographers.
www.fondazionemaxxi.it