What Remains To Be Seen 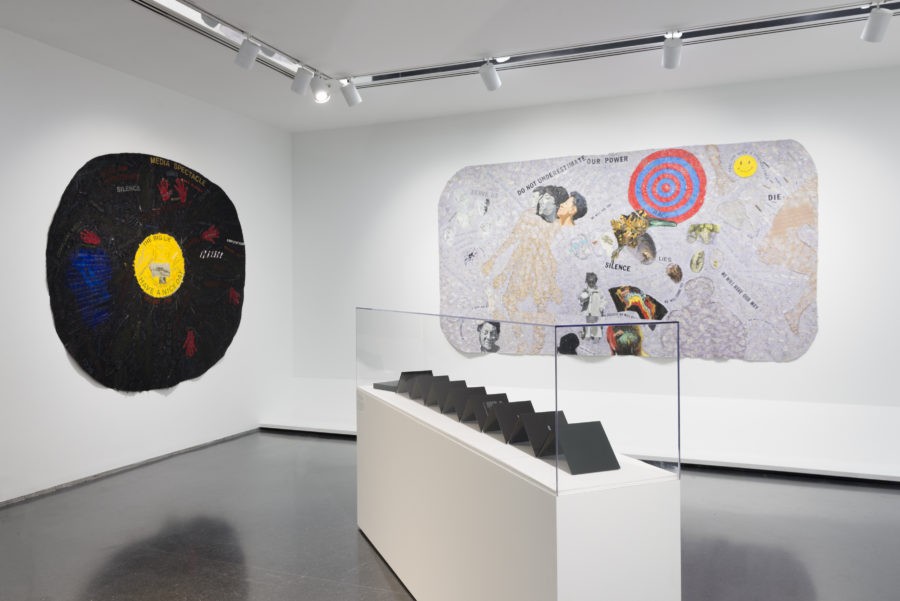 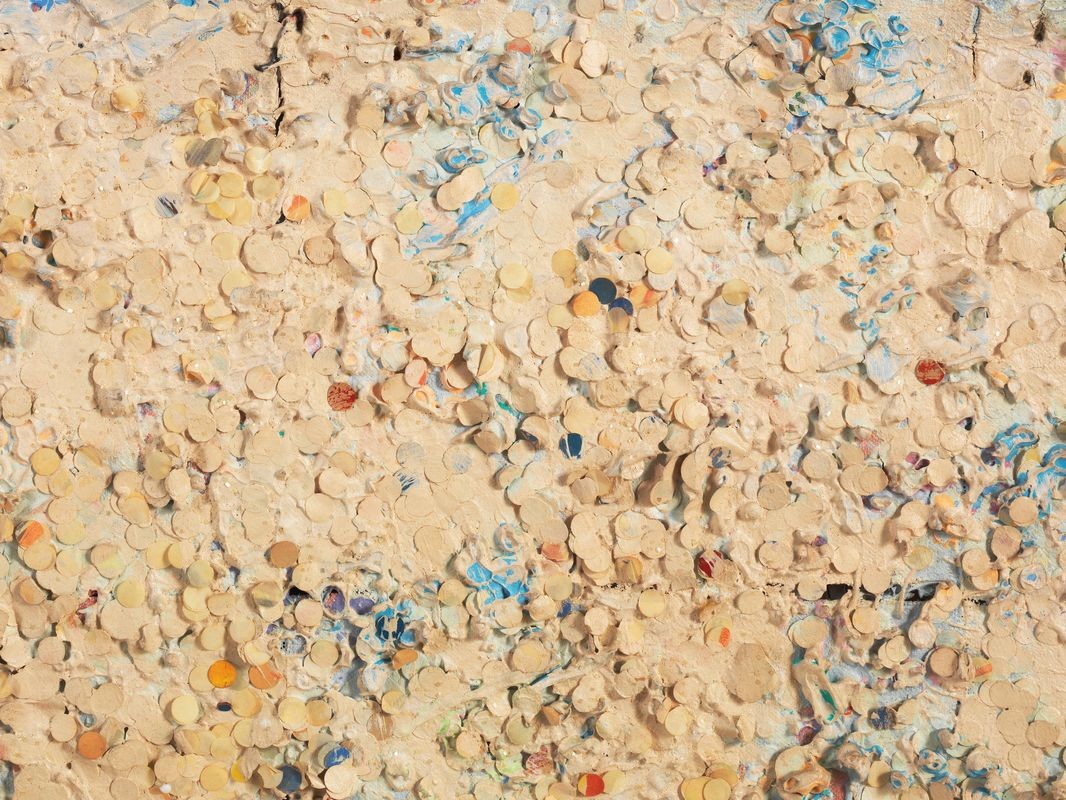 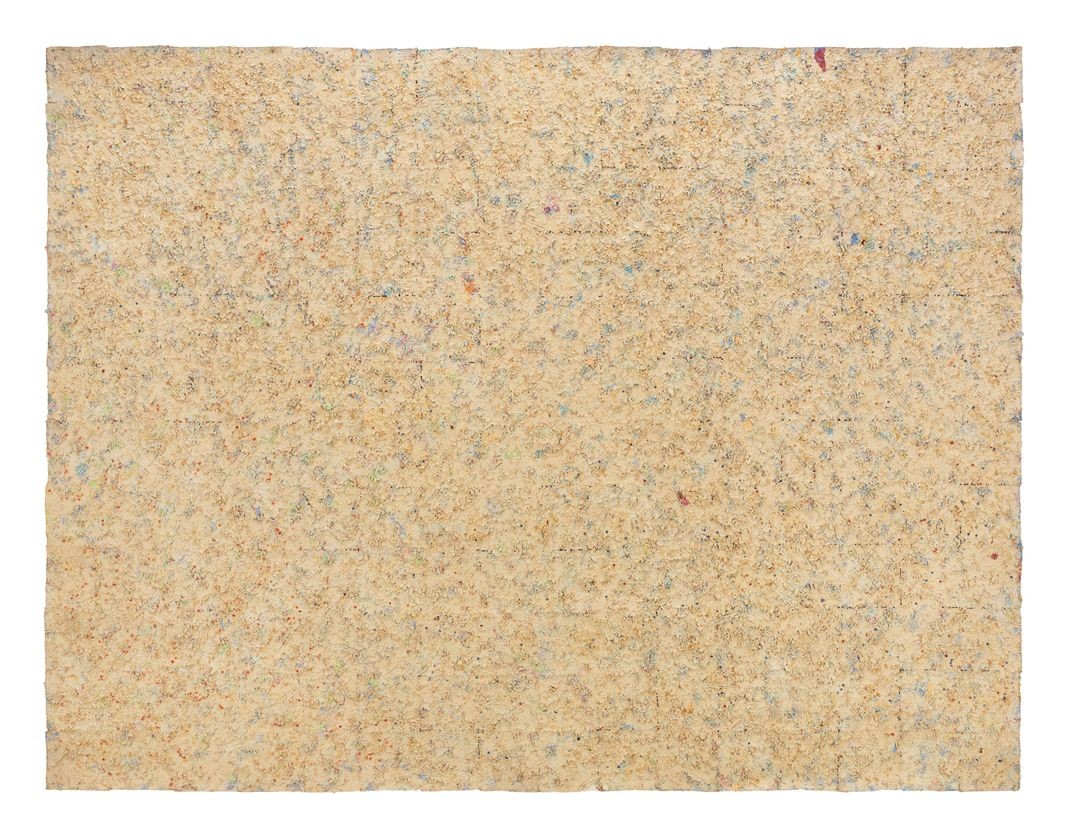 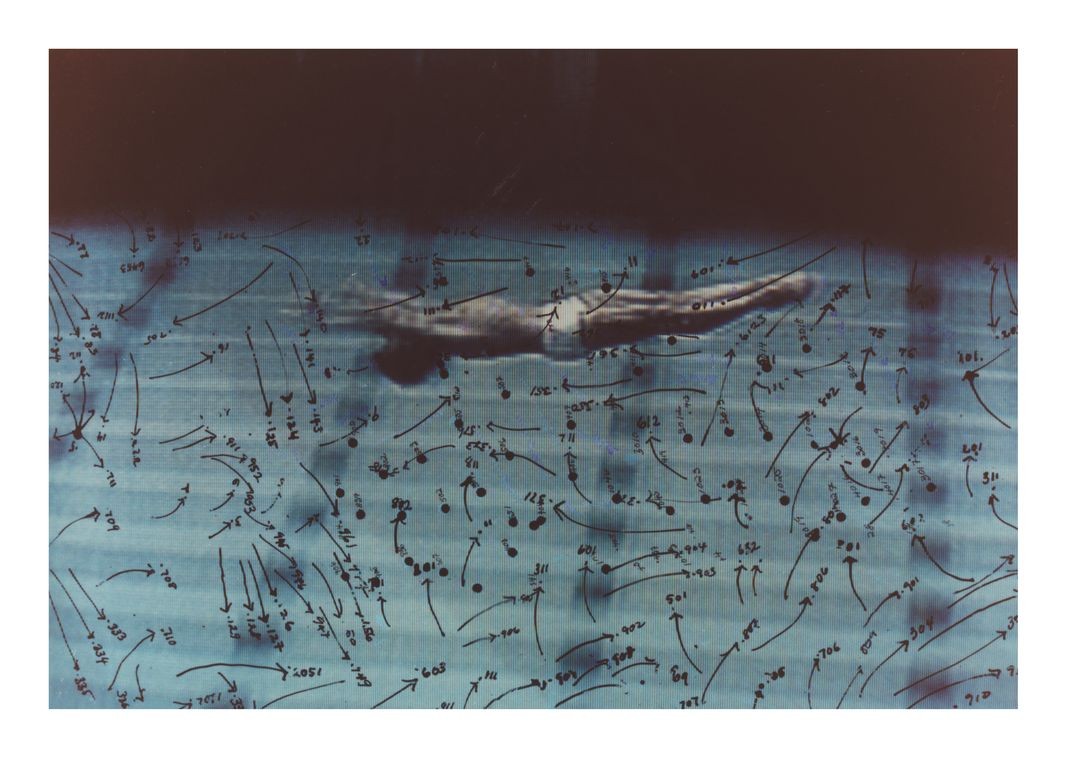 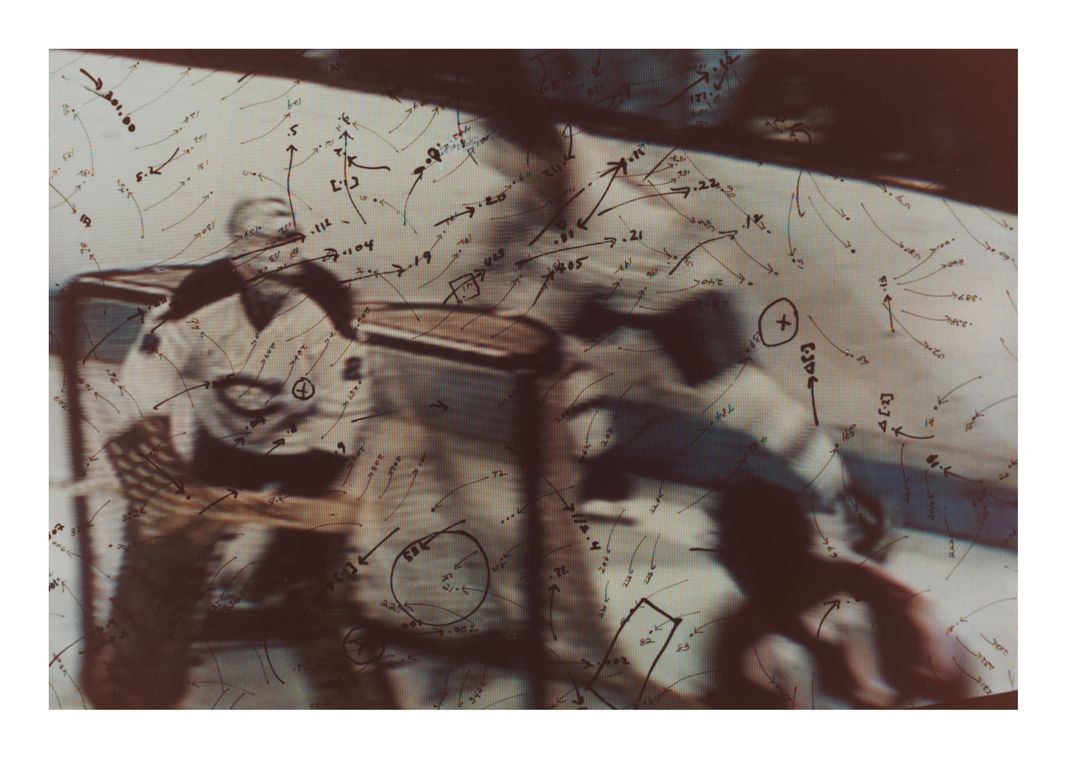 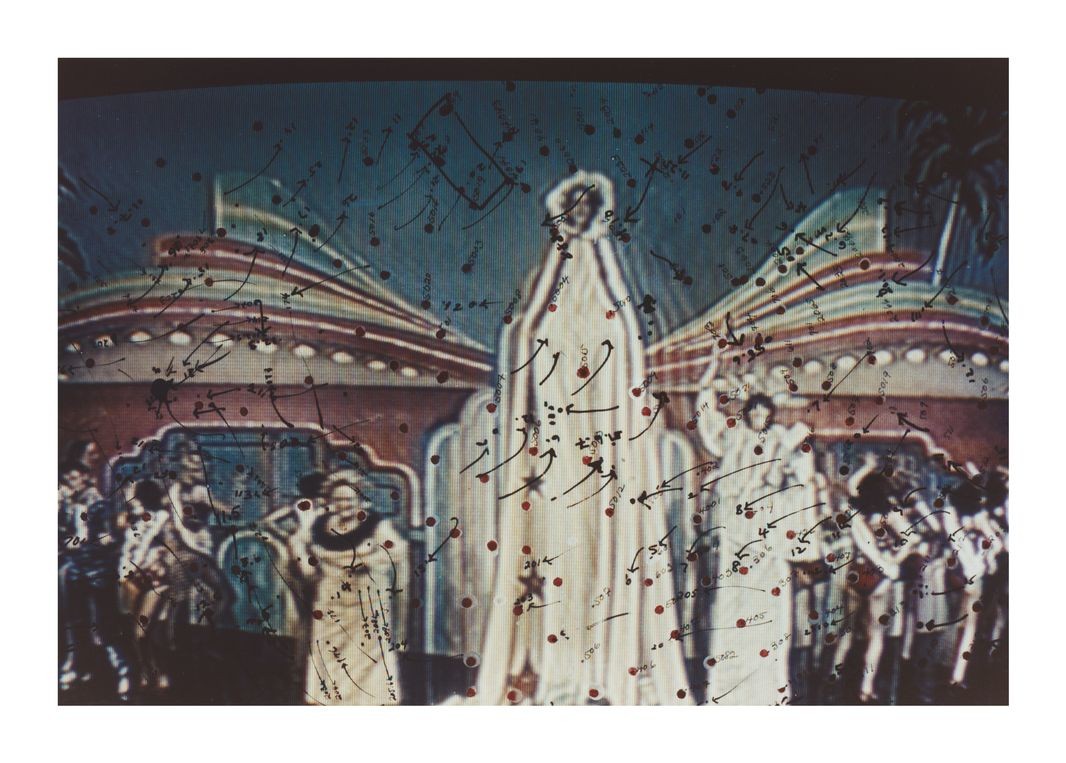 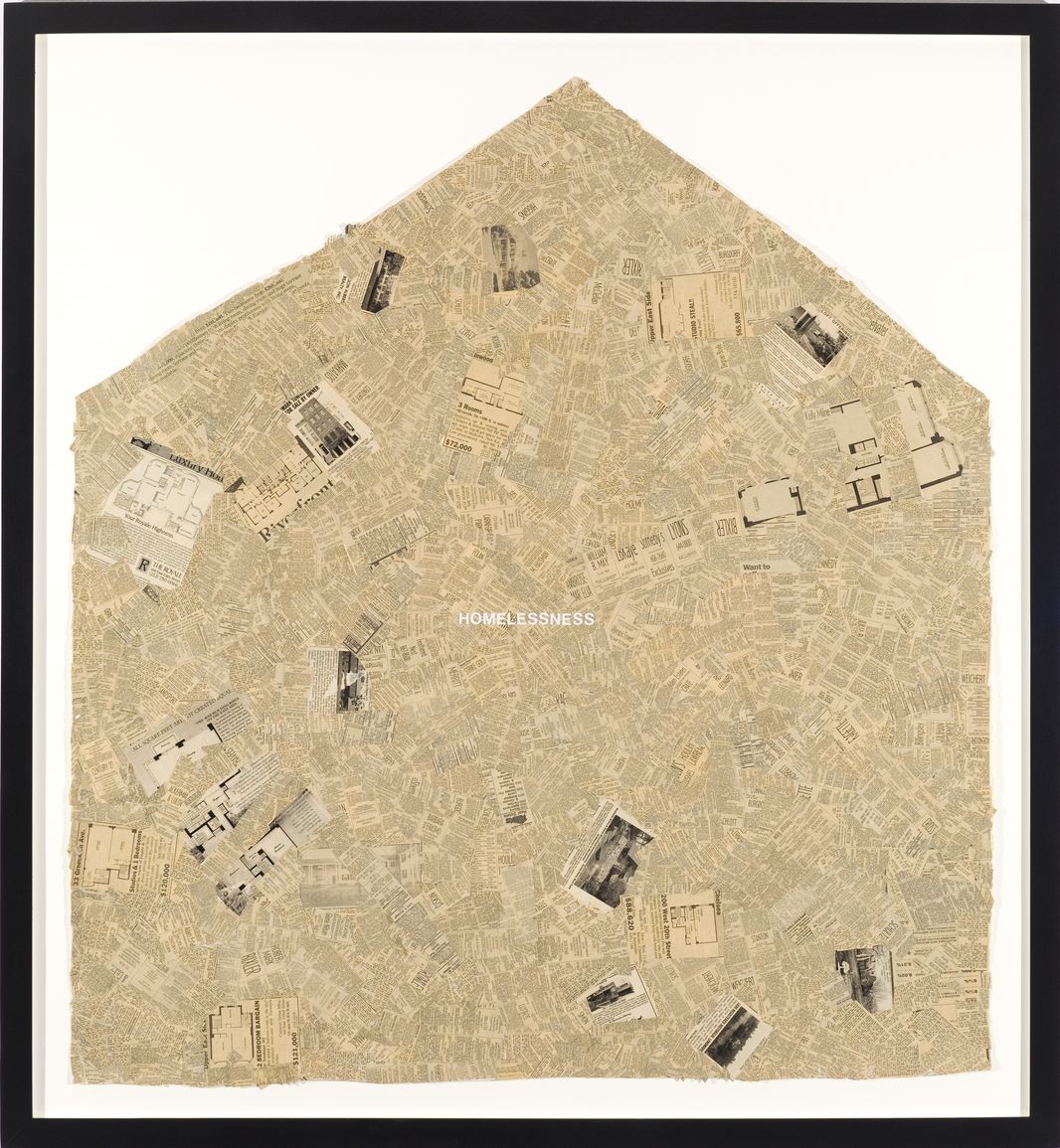 The Museum of Contemporary Art Chicago is proud to present the first major survey of the work of groundbreaking, multidisciplinary artist Howardena Pindell (American, b. 1943). The exhibition spans the New York–based artist’s five-decades-long career, featuring early figurative paintings, pure abstraction and conceptual works, and personal and political art that emerged in the aftermath of a life-threatening car accident in 1979. The exhibition traces themes and visual experiments that run throughout Pindell’s work up to the present.

Trained as a painter, Pindell has challenged the staid traditions of the art world and asserted her place in its history as a woman and one of African descent. Since the 1960s, she has used materials such as glitter, talcum powder, and perfume to stretch the boundaries of the rigid tradition of rectangular, canvas painting. She has also infused her work with traces of her labor, such as obsessively affixing dots of pigment and circles made with an ordinary hole-punch. Despite the effort exerted in the creation of these paintings, Pindell’s use of rich colors and unconventional materials gives the finished works a sumptuous and ethereal quality.

The work she has created since 1979, when the accident left her with short-term amnesia, engages the world beyond the painting studio. Expanding on the experimental formal language she previously developed, Pindell has explored a wide range of subject matter, from the personal and diaristic to the social and political. Her Autobiography series transforms postcards from her global travels, which she used to reconstruct her memories, into photo-based collages. Other bodies of work, such as her Rambo series, respond to broader cultural concerns and critique sexism, racism, and discrimination at large.

The exhibition also highlights Pindell’s work with photography, film, and performance, mediums she has used to explore her place in the world. Her chance-based experiments include photographing her drawings juxtaposed over a television screen, as well as creating Free, White, and 21 (1980), a performance for film based on her personal experiences of racism. The exhibition also includes Pindell’s most recent works from the last two years, which draw on the beauty and innovation of her approach to abstraction to build upon contemporary conversations around equity and diversity.

Howardena Pindell: What Remains To Be Seen is cocurated by Naomi Beckwith, Marilyn and Larry Fields Curator at the MCA, and Valerie Cassel Oliver, Sydney and Frances Lewis Family Curator of Modern and Contemporary Art at the Virginia Museum of Fine Arts.

The exhibition is presented in the Griffin Galleries of Contemporary Art on the museum’s fourth floor.
www.mcachicago.org