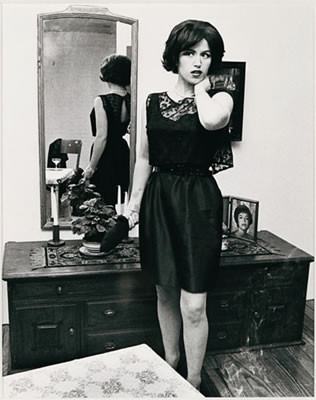 One of the defining characteristics of art-making during the second half of the twentieth century was the acceptance of photography on par with traditional media such as painting and sculpture. By examining the function of photographs within a larger cultural and social context, artists began to explore photography in ways that diverged greatly from its documentary tradition. They employed several strategies: questioning the truth of images in mass media, playing with meanings by juxtaposing text and image, manipulating the photographic process and greatly enlarging the scale of printed photographs, using photography to make conceptual work, and embracing new digital technologies. The proliferation of photographs as fine art has coincided with the history of the MCA, from roughly 1967 to the present.
MCA EXPOSED: Defining Moments Photography, 1967-2007, which will occupy the entire fourth floor, leads up to the MCA's Fortieth Anniversary Celebration and features not only the artistic evolution of a particular medium, but also the MCA Collection's unique strength in conceptual photography.
The work of more than fifty artists will be featured in the exhibition, ranging from Cindy Sherman's untitled film stills to Christian Boltanski's major installation Les Enfants de Dijon to commissions such as Beat Streuli's Chicago ‘99, which will be installed on the museum's facade. The exhibition includes works by both established and up-and-coming artists, including some who have been featured in our UBS 12 x 12: New Artists/New Work series. This exhibition is curated by Pamela Alper Associate Curator Julie Rodrigues Widholm.
www.mcachicago.org