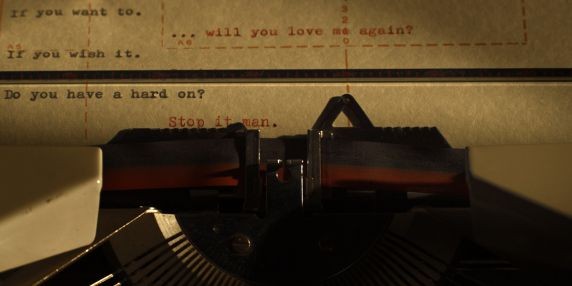 Since the mid-1990s Akram Zaatari has explored how photography and video are used to record minute moments that accumulate to compose a greater sense of history. For Zaatari, history is deeply intertwined with the specific realities of individual lives, and thus much of his work is rooted in photographic archives and personal experience and often subtly registers the effects of conflict in his home country of Lebanon and the surrounding region. Using the world around him as an ongoing resource, Zaatari excavates objects with historical relevance, photographs personal documents and diaries, and weaves biographical elements into narrative videos and photo installations that explore questions of sexuality and human intimacy.

A cofounder of the Arab Image Foundation, Zaatari has shaped his career not only by creating images but also by collecting, preserving, and archiving photographs from the Middle East, yet few of his works are straightforward pictures. One of his primary projects has involved accessing the archives of commercial studio photographer Hashem el Madani, whose mid-century Studio Shehrazade amassed a trove of black-and-white portraits (taken between the late 1940s and 1970s) of Beirutis in confident poses and amorous embraces, sometimes costumed and reenacting scenes from their favorite Hollywood films. By pulling these mid-century and prewar images into the present, Zaatari subtly asks what forms of being and types of relationships were being imagined in this cosmopolitan society of the past.

In addition to his photographic practice, Zaatari has made more than forty videos to date, many of which have been screened internationally to great acclaim. His latest, the award-winning Tomorrow everything will be alright (2010), was featured in the 2011 Istanbul Biennial and centers on the hesitant reunion of two male former lovers who communicate preternaturally through a typewriter, as if the anachronistic medium were delivering text messages back and forth. The video features footage Zaatari shot in the late 1990s, during a time of uncertainty in Lebanon. A new photo installation by Zaatari featuring images of couples from the Studio Shehrazade archive accompanies the video.

MCA Screen: Akram Zaatari is the third iteration of the exhibition series MCA Screen, which is dedicated to work in film and video. Recently added to the MCA Collection, Tomorrow everything will be alright is the first work by Zaatari to be acquired by a museum in the United States.

This exhibition is organized by Naomi Beckwith, Curator at the Museum of Contemporary Art Chicago.
www.mcachicago.org