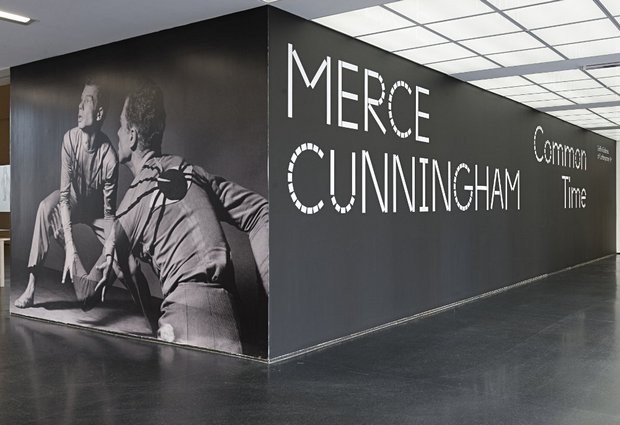 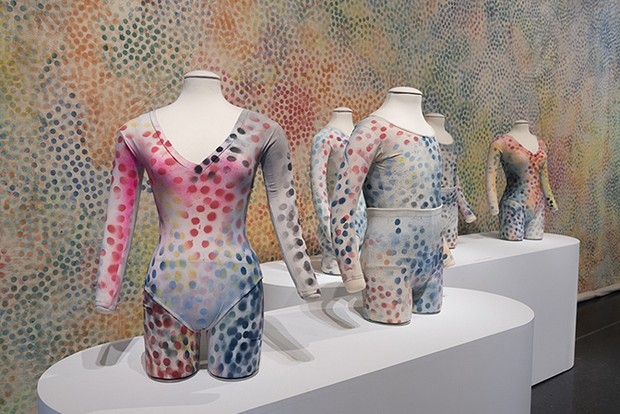 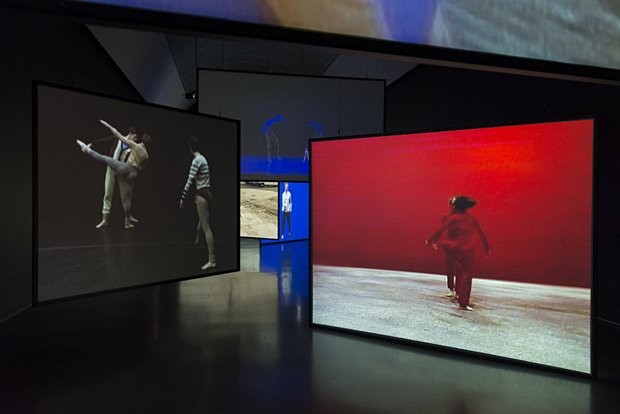 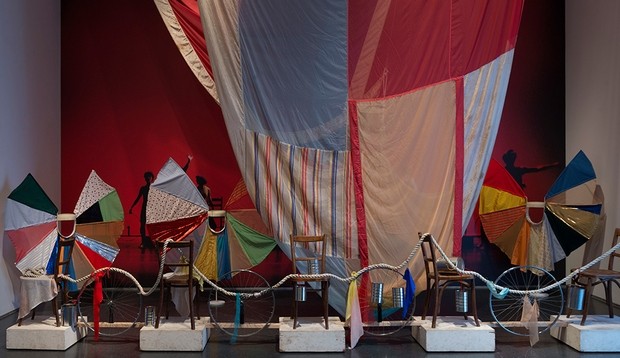 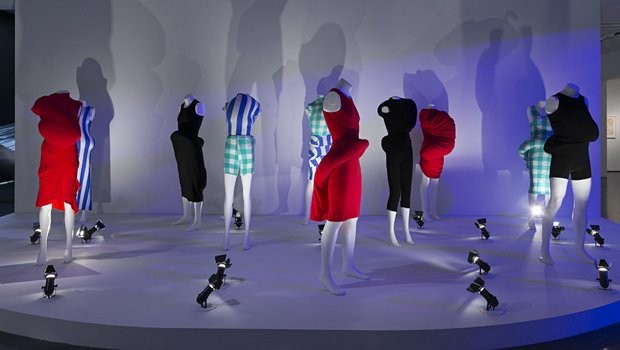 Merce Cunningham: Common Time is a major retrospective exhibition organized by the Walker Art Center that is appearing simultaneously at the Walker and the MCA. Merce Cunningham (American, 1919–2009) was a seminal figure in modern dance, revolutionizing performance through his choreography and world-renowned dance company and through partnerships with leading artists, who created costumes, lighting, and set designs for his company’s performances. The exhibition showcases Cunningham’s multidisciplinary projects, exploring, as Cunningham described, the “underlying principle that music and dance and art could be separate entities independent and interdependent, sharing a common time.”

Performance backdrops, documentary video and video installations, sets, costumes, artworks, photographs, and ephemera immerse viewers in Cunningham’s creative activities. The exhibition highlights partnerships with artists including lifelong collaborator John Cage as well as Black Mountain colleagues Jasper Johns and, Robert Rauschenberg and other major figures, including Frank Stella, Robert Morris, and Bruce Nauman, who were greatly influenced in the development of their visual styles by Cunningham’s ideas. Special features include a presentation of Andy Warhol’s Rainforest, which includes his famous helium-filled silver balloons, and Charles Atlas’s MC9, which will fill one of the MCA barrel vault galleries with 35 years of clips from Cunningham pieces in a dazzling audio-visual realization. It also features a series of new commissions by former members of the Merce Cunningham Dance Company and the Ballet de Lorraine.

The exhibition is organized by the Walker Art Center’s Artistic Director Fionn Meade and Director and Senior Curator of Performing Arts Philip Bither, with Joan Rothfuss and Mary Coyne. It is overseen at the MCA by Curator Lynne Warren.

The exhibition is presented in the Griffin Galleries of Contemporary Art on the museum’s fourth floor.
www.mcachicago.org