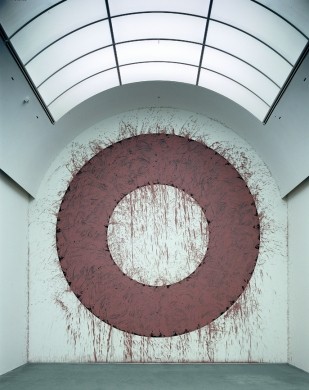 During its forty-year history, the MCA has distinguished itself with groundbreaking exhibitions that have contributed substantially to the evolving history of contemporary art. These exhibitions have, in turn, stimulated the museum and its supporters to acquire important and often numerous pieces by these artists. A resulting hallmark of the MCA's collection is the presence of significant, in-depth bodies of work by artists. By displaying several examples of an artist's work, visitors can gain a better understanding of their working process and development of ideas over the span of several years.

Artists in Depth presents concentrations of work by artists whom the MCA has collected in depth, or whose pieces in the collection are definitive examples of their singular aesthetic. Showcasing key artists of the last forty years whose work has been and continues to be defining to international contemporary art underscores the MCA's role as a leader in and incubator of artistic innovation.

Artists in Depth: The 1970s to 1990s focuses on works from these particular decades to show how the groundbreaking work from the recent past is only now becoming historicized for its critical take on art institutions, identity politics, and new approaches to photography in the late-20th century. It includes works by Claes Oldenburg, Richard Artschwager, and Sol LeWitt -- who emerged in the 1960s but have continued to make work today and whose influences can be seen in artists of a younger generation -- as well as Alfredo Jaar, Lorna Simpson, Richard Long, Tony Tasset, Richard Prince, Sharon Lockhart, and Matthew Barney. This exhibition is organized by Julie Rodrigues Widholm, Pamela Alper Associate Curator.
www.mcachicago.org