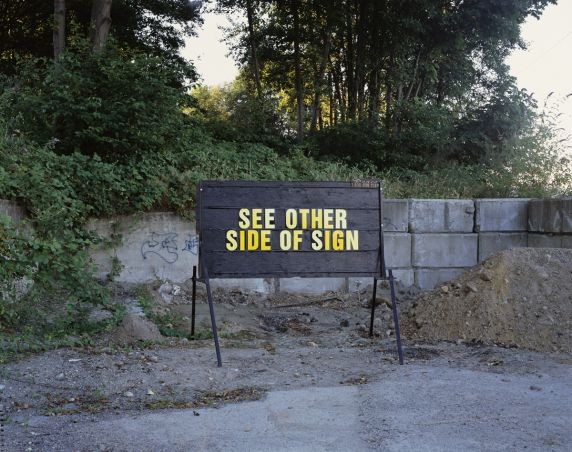 Ron Terada (b. 1969) is a Vancouver-based artist who has exhibited extensively in Canada and Europe over the past fifteen years but has had relatively little exposure in the United States. Working in the high tech and multicultural British Columbian city, where influences back and forth across the Pacific Rim are numerous and complex, as well as exploring his own Japanese-Canadian identity, Terada has built a fascinating body of work that includes paintings, photographs, video, sound, books, and graphic design. Often using his own position within the artworld of Vancouver as the starting point for measuring his own self-worth, self-esteem, and self-identification, he has used signage, advertising, and Hollywood films in unusual and inventive ways. This is his first solo exhibition in the United States.
www.mcachicago.org