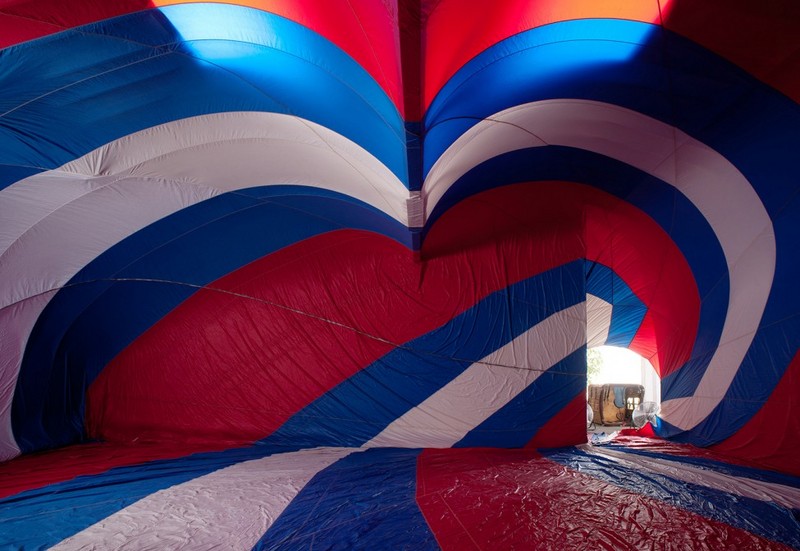 During the 1960s, many sculptors abandoned the use of the pedestal, placing their artworks in the same physical space as their viewers. This democratized approach to the role art plays within a museum, gallery, or home continues to the present day, with contemporary artists self-consciously creating works that interact with audiences. S, M, L, XL highlights four works that reflect this artistic attitude across five decades. Small, medium, large, extra-large—each work is increasingly ambitious in scale, and each offers visitors a slightly different experience of sculpture and space to, as it were, try on for size.

The exhibition’s title alludes not only to a common system of labeling clothes, but also to a 1995 book by architect Rem Koolhaas that explores scale in a variety of guises, from the intimate to the public, the social to the environmental. The first sculpture is the unassuming Portal (1964), by Robert Morris, which presents one of the most basic architectural forms: a post-and-lintel doorway. Visitors can walk through its unusually narrow space, but only the most slender can fit through. A second Morris work, Passageway (1961), similarly invites visitors into a narrow, spiraling hallway that eventually becomes impassable. The third work, Blue by Franz West (2006), also utilizes a spiral form, but it rewards viewers entering its circular space with a seat. Completing the group is an enormous sculpture by Kris Martin that expands to fill whatever space in which it is placed. Made of a decommissioned hot air balloon and a powerful electric fan, T.Y.F.F.S.H. (2011) pushes its organic form against the rectilinear boundaries of the museum.

Taking sculpture off the pedestal, this exhibition offers four ways of relating to the size, scale, and scope of the world around us.

This exhibition is organized by Michael Darling, James W. Alsdorf Chief Curator at the Museum of Contemporary Art Chicago.
www.mcachicago.org