The Octopus Eats Its Own Leg 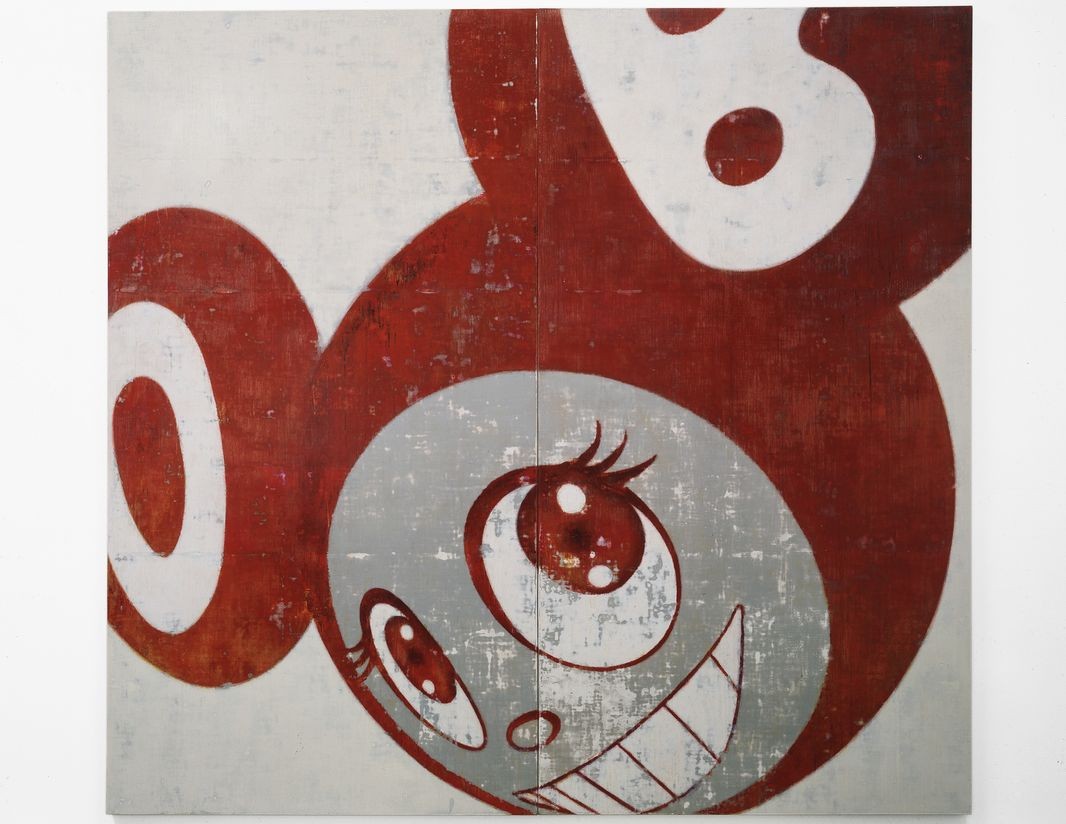 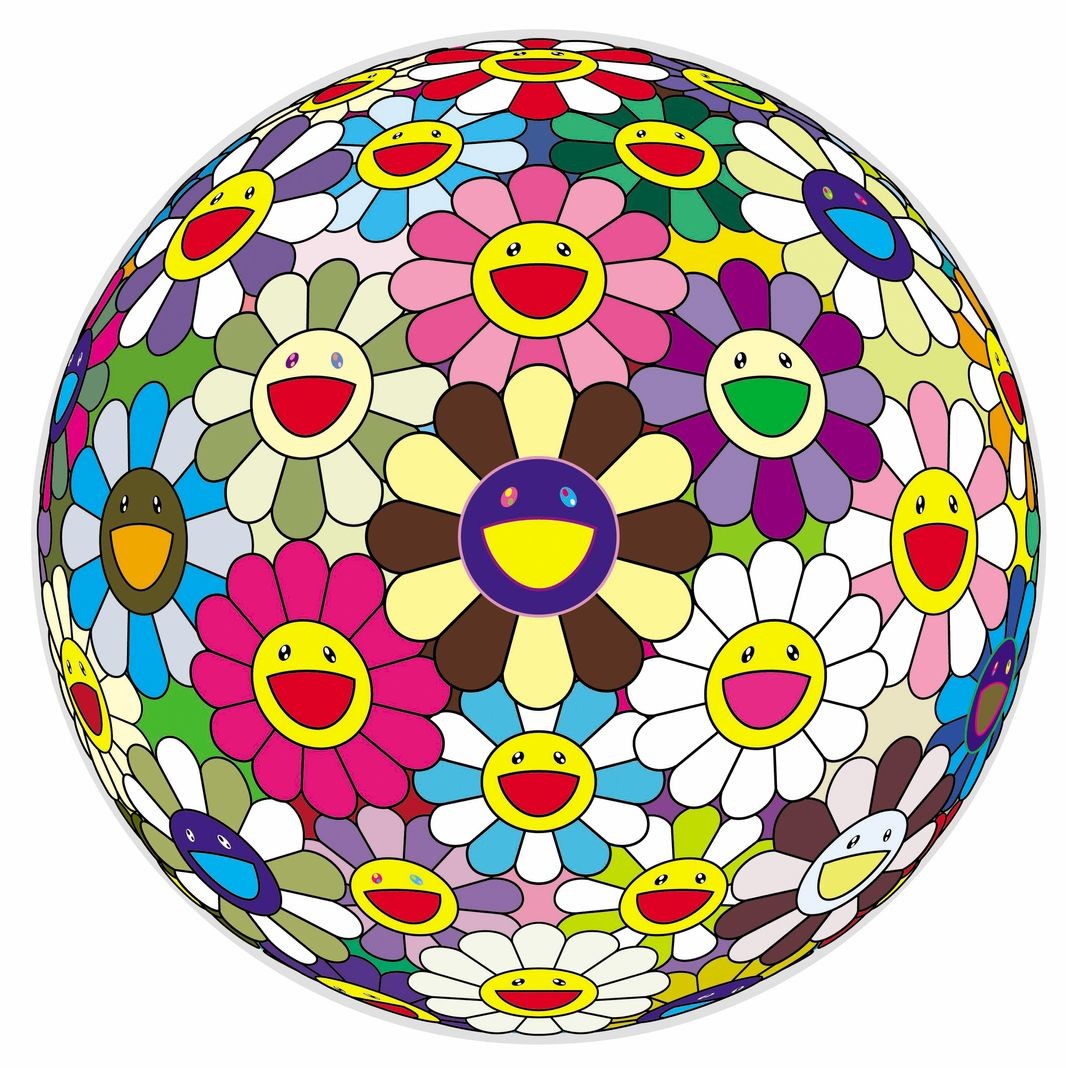 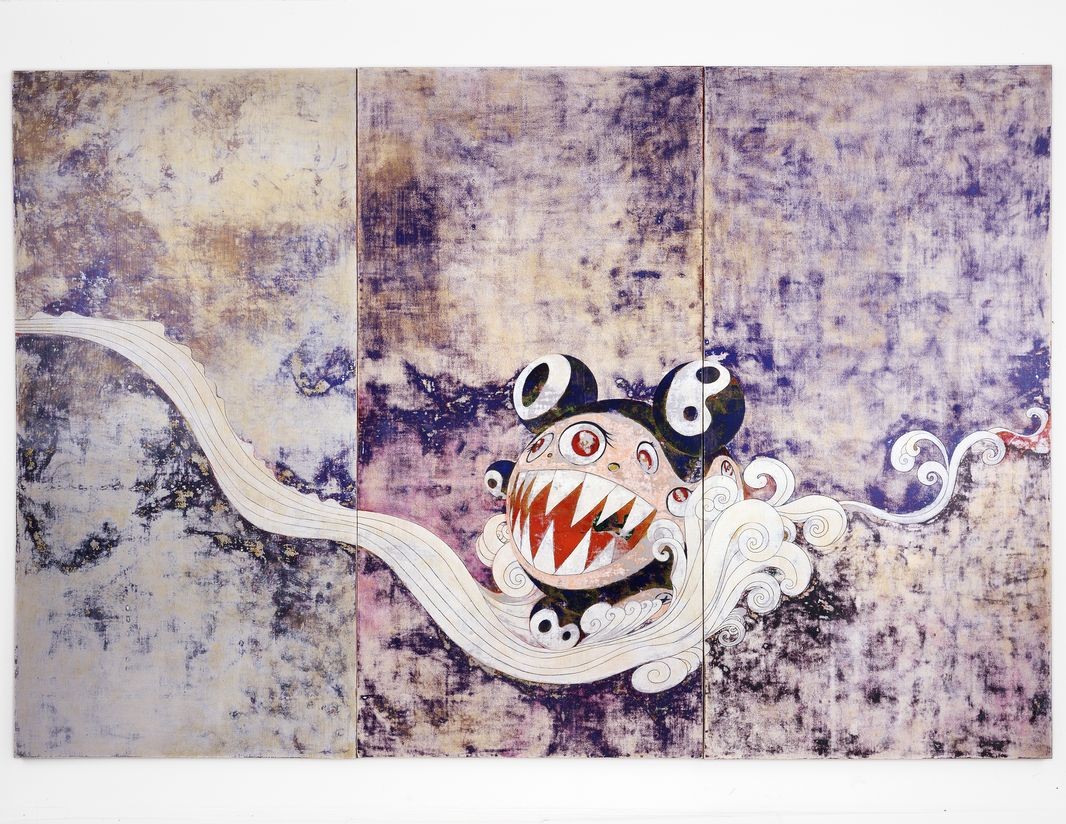 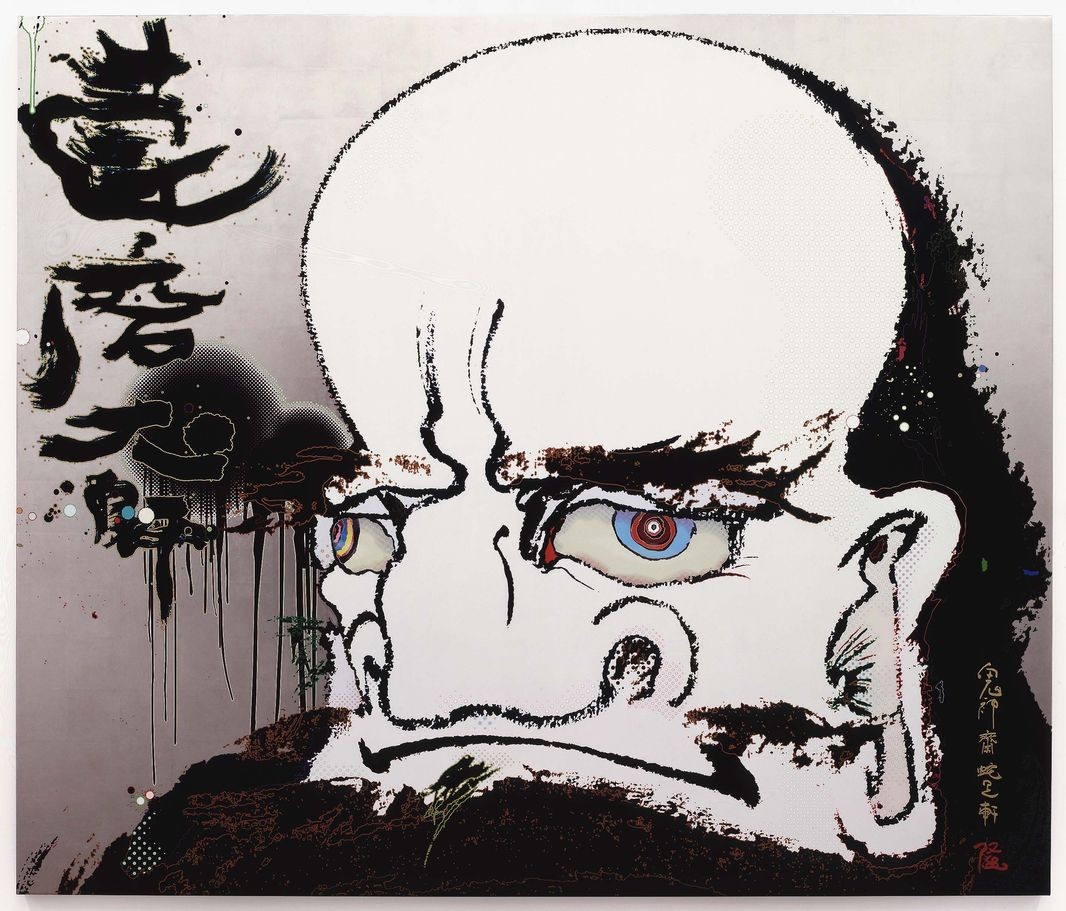 Takashi Murakami, From the perceived debris of the universe, we are still yet unable to reach the stage of nirvana, 2008. Acrylic and platinum leaf on canvas mounted on wood panel / signage in gold leaf; 70 15/16 x 84 in. (180 x 213.4 cm). Courtesy of the artist and Blum & Poe, Los Angeles/New York/Tokyo. © 2008 Takashi Murakami/Kaikai Kiki Co., Ltd. All Rights Reserved 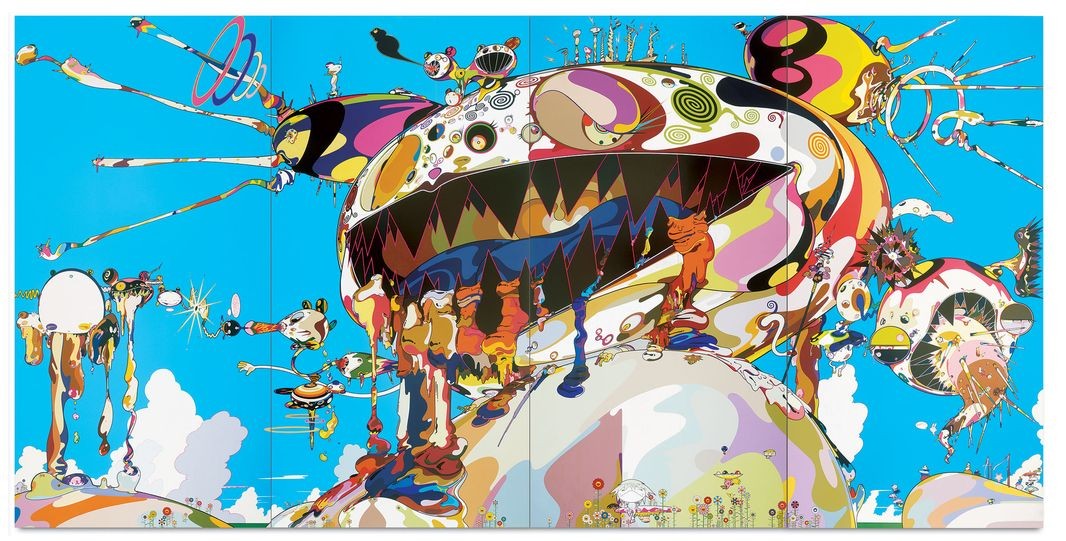 Known for his collaborations with pop icon Kanye West and fashion house Louis Vuitton, and for vibrant anime-inspired characters, Japanese artist Takashi Murakami (b. 1962) has blurred the boundaries throughout his career between high and low culture, ancient and modern, East and West. The MCA is proud to present a major retrospective of his paintings, featuring fifty works that span three decades of his career, from the artist’s earliest mature works—many of which are being shown in North America for the first time—to his recent, monumentally scaled paintings. The exhibition, titled Takashi Murakami: The Octopus Eats Its Own Leg, shows how Murakami’s art is rooted in traditions of Japanese painting and folklore, and highlights the artist’s careful attention to craft and materials. It also showcases the artist’s astute eye for the contemporary influences of globalization, media culture, the continued threats of nuclear power.

Murakami’s increasingly complex paintings are filled with characters and scenarios both cute and menacing, saccharine sweet and critically acidic. They are evidence of a conflicted, concerned, and committed commentator on cultural production who recognizes that any effective “hook” is bound to have a sharp point. Throughout his career, and especially over the last ten years, Murakami has combined spectacle with sophistication, transforming the art world while establishing his own reputation within it.

Takashi Murakami: The Octopus Eats Its Own Leg is organized by the Museum of Contemporary Art Chicago and is curated by the MCA’s James W. Alsdorf Chief Curator Michael Darling.

The exhibition is presented in the Griffin Galleries of Contemporary Art on the museum’s fourth floor.