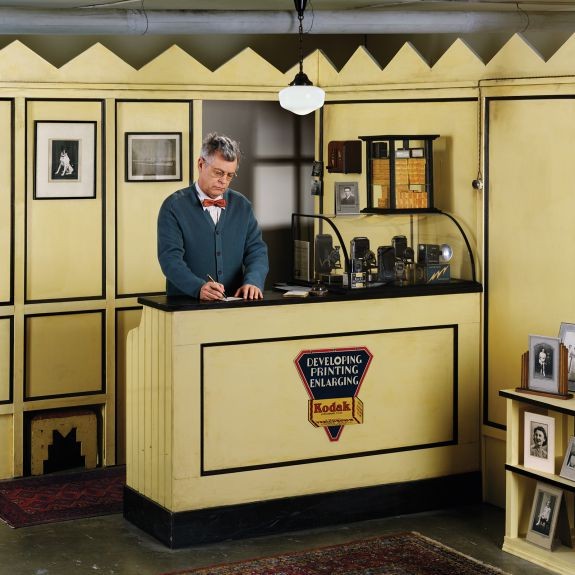 MCA Chicago’s in-depth photography holdings trace their trajectory back to the late 1960s, when the medium was reinvigorated under the influence of conceptual art. As in other areas of artistic activity during this period, a previous generation’s fixation on spontaneity, instinct, and truth to materials was questioned and ultimately replaced in photography by an interest in mass media and industrial reproduction, a skepticism of creative genius, and an uncertainty about any easy notion of truth. While modern photography in the first half of the twentieth century may have been guided largely by the “decisive moment,” after the 1960s, much of the photographic work circulating in the fine art realm could be characterized as highly premeditated, systematic, and staged: in other words, this work embodies an ethos of “think first, shoot later.”

Composed mostly of works from the MCA Collection and supplemented by loans from the Chicago community, Think First, Shoot Later examines many of the defining artists and themes in conceptual photography over the past four decades, including numerous examples from the so-called Dusseldorf School of photography, by artists such as Thomas Ruff, Andreas Gursky, and Thomas Struth; the Vancouver School, by Jeff Wall, Rodney Graham, and Stan Douglas; and by feminist artists of the 1970s such as Cindy Sherman, Lorna Simpson, and Ana Mendieta; as well as by a highly diverse range of artists such as James Welling, Wolfgang Tillmans, Torbjorn Rodland, and Elad Lassry, who borrow freely across the range of photographic possibilities. As a whole, Think First, Shoot Later not only offers a glimpse at the broad holdings of the MCA Collection but also gives audiences a sense of some of the most dominant issues defining the field of photography today.