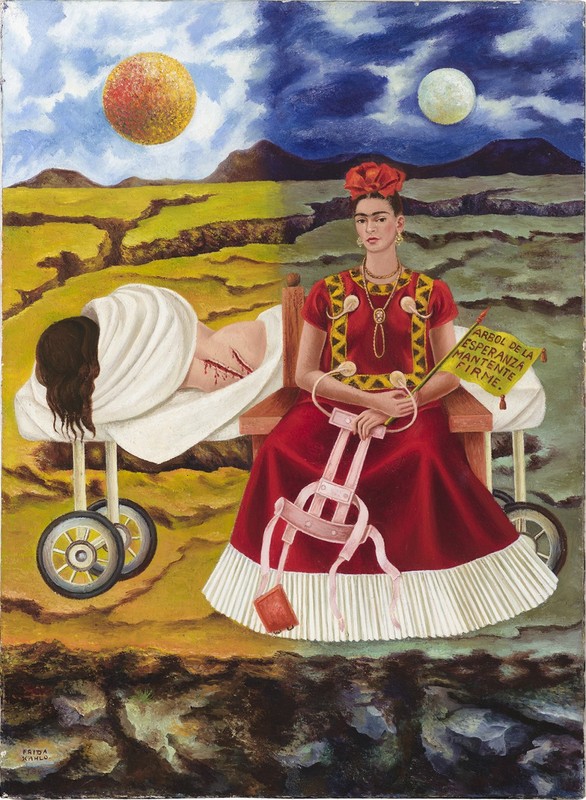 Frida Kahlo is one of the most famous artists in the world. Her reputation and persona have grown immensely since her death in 1954, yet posthumously she has been turned into a stereotype of Latin American art. This predicament, along with her celebrity status, often overshadows the confrontational and boldly transgressive nature of her paintings, and ultimately undermines the revolutionary intent of her work. At the time it was made, Kahlo’s unabashedly intimate portrayal of her physical and psychological experiences and her appropriation of Mexican folk art aesthetics challenged the bourgeois European mainstream. The scale and content of her work also stood in opposition to the monumental, nationalistic history painting being produced by her male Mexican contemporaries. Her work subverted accepted notions of gender, sexuality, social class, and ethnicity, and was prophetic in anticipating the broader cultural concerns—postcolonialism, feminism, civil rights, multiculturalism, and globalization—that reached a crescendo in the 1960s and continue to be relevant today.