18th Biennale of Sydney: All Our Relations 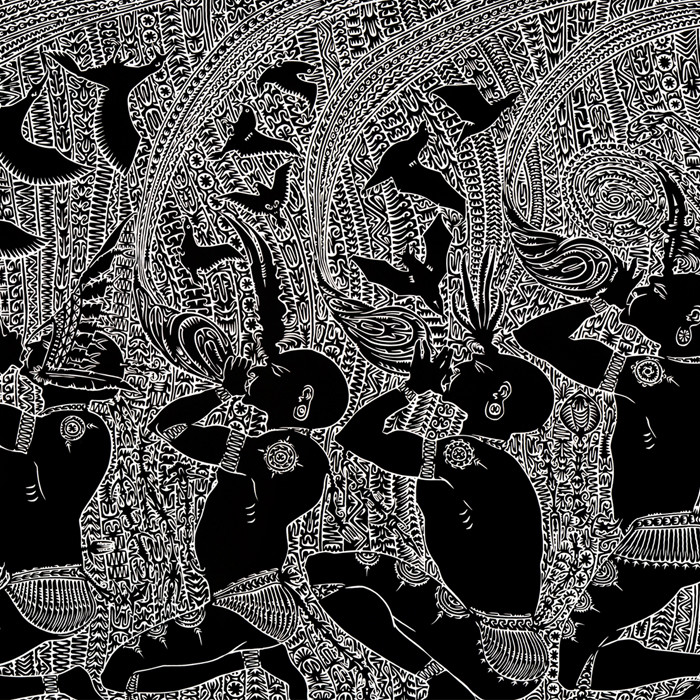 As one of the four major venues hosting the 18th Biennale of Sydney: all our relations, the Museum of Contemporary Art Australia is exhibiting 26 international artists and 48 works in a show subtitled Possible Composition.

The title, Possible Composition, stems from and echoes the composite nature of the artworks on display at the MCA in the Level 1 and 3 Galleries. Many of the artists have made works by bringing together disparate elements, or reassembling disjointed parts to create a new heterogeneous whole from what was broken and scattered. Where there has been separation and fragmentation in all aspects of life, there is now a profound desire for composing and recomposing together—an aesthetic co-composition paralleling the need for collaborative and meaningful solutions in today’s world. The participatory Mending Project (2009) of New York-based Taiwanese artist Lee Mingwei is telling in this respect in that it brings people together in communal encounters, as he invites visitors to bring their old clothes in to be repaired by him in a space equipped with a long table, two chairs and a wall of colourful cone-shaped spools of thread. Lee Mingwei initiates not only the mending of the wear and tear of their garments, but, by implication, of the social fabric itself. During the course of the biennale, the mended clothes accumulate, becoming the material remnants of shared thoughts and memories in fleeting conversations and stories. The clothes remain until the end of the exhibition, when visitors can retrieve their items.

Chinese artist Liu Zhuoquan composes with the past and present. His installation at the MCA, entitled Where are you? You know more secrets! (2012), is made up of hundreds of glass bottles of varying shapes and sizes, each painted with a segment of a large black snake’s body. Zhuoquan uses the traditional neihua painting technique to render the reptiles to the interior of the bottles. The vessels are displayed at different levels, enhancing the impression that multiple snakes are writhing, twisting and curling around themselves and each other.

Nyapanyapa Yunupingu’s Light Painting (2011), is an animated series originating from a set of 110 drawings in white pen on clear acetates, uploaded to a customised computer program and projected in a very slow, almost imperceptible dissolve. Created in Australia’s North-East Arnhem Land, Yunupingu’s work is a gracious expression of spontaneity and texture and, in the context of the Biennale, another fine example of Possible Composition.

Occupying the entire ceiling of the MCA’s monumental Level 1 North Gallery is Thai artist Pinaree Sanpitak’s Anything Can Break (2011). Origami cubes and clouds shaped like breasts hang expectantly from the ceiling. Some of the clouds are lit with fibre-optics and lined with motion sensors that generate sound in response to the audience’s movement. The sheer mass of suspended elements infuses a lifegiving force into the space.

A more subtle representation of composition are two works on paper by South-African artist Nicholas Hlobo. Tyaphaka (2011) and Amaqabaza (2012) combine disparate materials and techniques to explore a blend of issues.

The Biennale’s main title, all our relations, reflects the curatorial premise for Artistic Directors Catherine de Zegher and Gerald McMaster. Their curatorial conversation and working method is informed by the notion of relation and shapes the idea of interconnectedness in the exhibition. One example of collaborative artwork at the MCA, The Moon Jar Project, combines Park Young-Sook’s Moon Jar (2012) and Yeesookyung’s Translated Vase-the moon (2012). The project begins in Korea, where both artists are from, with the destruction of Park Young-Sook’s imperfect moon jars. Yeesookyung then rearranges the broken ceramic fragments into a new form according to her own aesthetic.

Visitors to the MCA for the 18th Biennale of Sydney will see many other variations on the theme of possible composition and relation — relation as connecting and as telling — and can continue this exploration at the Art Gallery of New South Wales, Pier 2/3 and Cockatoo Island. Also, and for the first time, Carriageworks is a presenting partner for the Biennale of Sydney and as such will premiere two Australian performances by the Belgian choreographer Anne Teresa De Keersmaeker and her dance ensemble Rosas (11-15 September) and also a site-specific visual art installation by Ann Veronica Janssens throughout the 12 weeks.