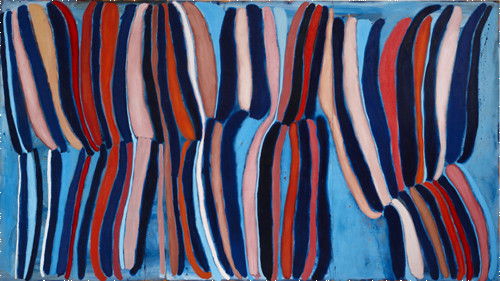 Mapping changes in ideas and styles, taste and influence, the exhibition includes examples of important movements such as Sydney-based abstract art and the establishment and rise of remote indigenous painting as an essential part of contemporary Australian culture.