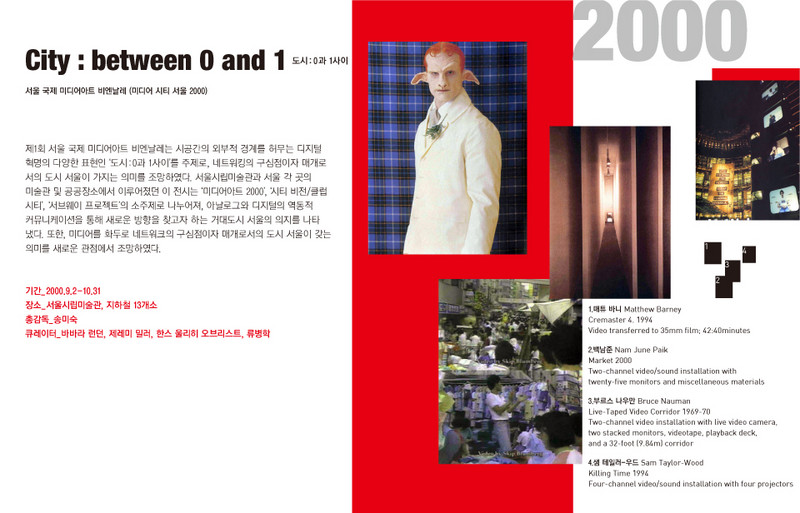 The 1st Seoul International Media Art Biennale took the name “City: between 0 and 1,” embracing the burgeoning digital revolution that was redrawing—nd in fact erasing—he boundary between time and space. Investigating the Korean capital city’s emergence as an intermediary and hub of networking, exhibitions were presented at a number of museums and public spaces in Seoul. Accompanying the biennial’s binary code-inspired them were many sub-themes, such as “media art 2000,” “city vision / club city,” and “subway project,” all of which reflected the desire to find a new direction through dynamic communication between the analog and the digital.
www.mediacityseoul.kr